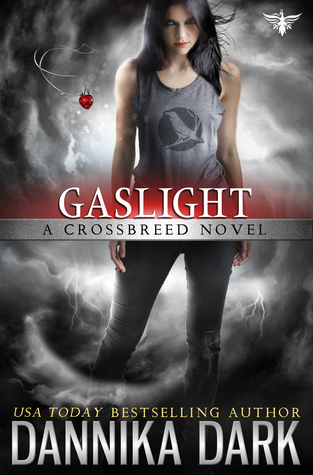 Vampire trafficking is a sinister business, and nobody knows that better than Keystone. After Raven discovers hidden clues in a cold case, the group sets a trap in hopes of catching an elusive criminal. But when the plan backfires, Raven’s world is thrown into chaos, and Christian’s loyalty is put to the ultimate test.

Buried secrets come to light, and the only thing keeping Raven grounded is her insatiable thirst for vengeance. The stakes are high as they travel to a place where the landscapes are as treacherous as the immortals who live there. This time, there’s no room for mistakes.

Will Raven have the courage to tame the violence in her heart before it swallows her whole?


Well she did it again. When a favorite author brings out a new book, it’s difficult sometimes to be unbiased, but then they wouldn’t be a favorite author if she/he weren’t a wonderful storyteller. Dannika Dark is definitely a wonderful storyteller. So yes, she wrote another story that rivaled all of her best work and although I usually stay away from saying this(mostly), I think this one is the best in this series. However, I must qualify this by saying that the previous installment, Deathtrap, is right up there close to Gaslight in that respect.

Raven Black is now one of my favorite urban fantasy heroines and has been pretty much from the time book one, Keystone, was released. She’s a half breed, vampire/mage, and takes powers from both sides. She doesn’t have all the powers, but enough to make her lethal. She detests drinking blood and doesn’t really have to, but will in order to heal. She’s had to heal on many occasions since joining Keystone, a clandestine organization used by the Breed higher authority to manage difficult situations of the supernatural kind. Breed is the name for the many supernatural characters that inhabit the world and live side by side humans who remain blissfully unaware. Christian Poe is Raven’s partner and now love interest. He first showed up in Dark’s Mageri series and became a favorite of many readers. Now he’s back, and he’s still the snarky vampire that everyone loved and for me anyway, he has truly become a perfect hero for this series. I wasn’t the big fan others were, but now I am right there with all the Christian fans. He has truly proven himself, especially with this installment. All of the characters that belong to Keystone have become important to each book as well. A couple of mages, a sensor, a gravewalker, two shifters, a chita, a vampire and Raven make up the organization. And are really now, almost family for each other.

Each book takes on another case for this motley crew to solve. This time it concerns vampires turning innocents and selling them on the black market. When Raven starts working on cold cases, this one stands out to her and she’s determined to solve it. Little does she know how one case can change a person so much and not necessarily for the good. Christian is in protector mode for most of the book and I enjoyed seeing how much he cares for Raven.

This is probably one of the darkest of any of this authors work, although some of her Mageri series was pretty dark as well. Dark was able to both keep me on the edge of my seat, and cause my blood pressure to skyrocket at times. She can write a paranormal thriller to rival any of them out there. The difference with this author’s thrillers is that the characters are so well written that you begin to really care about them, more so than most other books. At least in my case anyway. When that happens, and things go south, she has the ability to make your emotions go haywire. She skillfully tempers that with humor between the other characters interactions. And humor is always appreciated by me! The romance parts don’t hurt either.

If you are looking for a paranormal thriller with touches of romance and humor, you can’t go wrong with this book or the whole series. Or anything this author writes. And that’s something I can’t say about that many authors. Highly recommended to adult urban fantasy/paranormal romance fans. I can’t say enough good about this book!