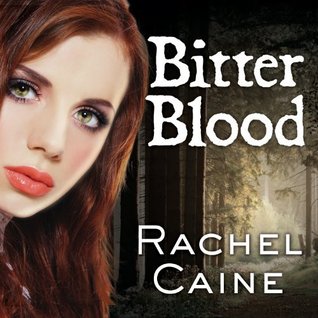 Thanks to the eradication of the draug, the vampires of Morganville have been freed of their usual constraints. With the vampires indulging their every whim, the town's human population is determined to hold onto their lives by taking up arms. But college student Claire Danvers isn't taking sides, considering she has ties to both humans and vampires. To make matters worse, a television show comes to Morganville looking for ghosts, just as vampire and human politics collide. Now, Claire and her friends have to figure out how to keep the peace without ending up on the nightly news... or worse

Book thirteen in Rachel Caine’s Morganville Vampire series didn’t disappoint, although it ended up being pretty dark. The evil Draug is gone, but of course there’s always something on tap in this vampire controlled town to keep us on the edge of our seats, and in turn, keep us enthralled. If you plan on reading this series, keep in mind there may be spoilers.

Morganville has been beaten down by the evil Draug that ended up killing quite a few of it’s residents, both human and vampire. Now that they are defeated, it should be a time for calming down and taking a breath. Of course, it isn’t because Amelie(the vampire queen)has changed as has Oliver, her second in command. Things that would have never been tolerated in this community previously are now approved-including a vampire’s right to hunt-humans. Other things as well, but that is the big one. Claire is having none of it and risks her and Shane’s life while trying to reason with Amelie. What no one but Oliver knows is that someone else is now pulling the strings in Morganville and if this person isn’t stopped, it will be the end of life for most of the humans in this town.

Caine’s world building is still amazing as ever. I still marvel at her imagination that has kept me and probably millions of readers hanging on her every word while reading this series and I am sure her other series as well. She has created a world where vampires are the top of the hierarchy in a small college town, where taxes are paid in blood banks, and where most are never allowed to leave-except the college students that are happily oblivious to the problems that surround them, due to being off-limits to the vamps.

Caine’s characters are marvelously fleshed out and I can picture each of them. The core characters of Claire, Shane, Michael, and Eve are perfect for this series. The villains are always super bad and in this book, a fairly new character rises to mega villain level.

Claire and Shane’s relationship has always been one of my favorite parts of these books. The L word is on the table, but this book threatens to tear apart everything I love about this couple. And I actually think that was one of the worse things about this book. I started out thinking this book was a solid 4.5 star book, but the more I think on it, I am dropping it to 4 stars simply because of this element. It just went against everything I knew about one of this twosome’s character. And that’s the end of my rant!

Narration by Angela Dawe was good. I thought the characters voices were done well, and could only find fault with one voice-that of the vampire Myrnin and I found that one to be almost cartoon like. So 4 stars for narration and I would be happy to listen to her again.

I can’t recommend this series enough. Yes, it’s young adult, but don’t let that stop you. It’s one of my favorites of all the YA that I have read and can be definitely enjoyed by adults. A good book is a good book, regardless of who it’s supposedly written for. Highly recommended!