Rabid Reads is so excited to participate in Berkley Bookmas! We’re closing out this event with a bang—a CROSS BREED excerpt by Lora Leigh! Berkley Bookmas has been chock full of exclusive content from authors such as excerpts, deleted scenes, author recipes and more! Check out all the goodies that have been shared these past two weeks here: http://bit.ly/2AaShZF

Lora Leigh dreams in bright, vivid images of the characters’ intent on taking over her writing life, and fights a constant battle to put them on the hard drive of her computer before they can disappear as fast as they appeared.

Lora’s family and her writing life coexist, if not in harmony, in relative peace with each other. Surrounded by a menagerie of pets, friends, and a son who keeps her quick wit engaged, Lora finds her life filled with joys, aided by her fans whose hearts remind her daily why she writes. 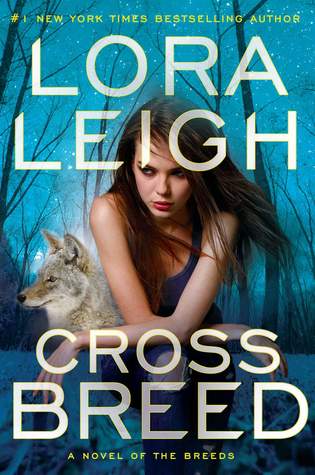 It’s been over a decade since she was introduced as an unforgettable eight-year-old in Elizabeth’s Wolf. Now all grown up, Cassie is unique among the Breeds as a Coyote/Wolf mix. She has long known that her mate was somewhere out there, but he’s stayed frustratingly out of sight and beyond her senses. Cassie has decided to make her move and her mate is ready to make his. The Breed world will be rocked to its foundation as dangerous secrets are revealed.

Giveaway
1 $100 Visa GC & a book/galley/bound manuscript by each of the #BerkleyBookmas authors.
ENTER HERE