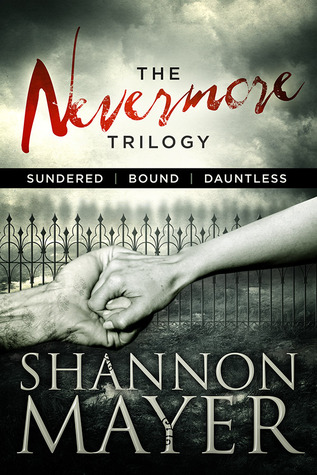 "My name is Mara, and I want desperately to become a mother."
All of my dreams were dashed when the world was promised hope but instead became a place of danger, death . . . and monsters.

Living in a rural part of Canada, I thought life with my adoring husband was finally moving in the right direction. We had an idyllic home, friends, and plans for a future together.

The only thing missing, was the child we both so desperately wanted.

Hope came in the form of a single medical miracle. Yet the drug was not as it seemed and instead of healing, it beget a world of monsters.

Now we must find the will and strength to survive with only each other to hold onto.

But a deadly secret threatens our love and very survival ...

Nevermores - a human, but feral and lethal creature with a thirst for flesh, have arisen from the ashes of human hope. Now co-inhabitants in this new world, I am gaining ground in my understanding of them just as I am forced to face a new threat from the local militia.

Led by a man with a taste for torture and a love of suffering, Sebastian and I are confronted with the seemingly impossible obstacle of escape. Caged and kept from our allies, our opportunities for freedom dwindle.

There is only one way to save us both. I am forced to unearth and embrace the dark side of my heart. I must decide who is the more dangerous enemy; the Nevermores or what remains of mankind.

I am bound to fight as though I am one of the monsters I hoped I’d never become.

When we arrived at the compound, we believed we had found our safe haven at last. For the briefest of moments, their medicine and science lulled us into a false sense of security. But within the bowels of this haven, where the cure for Nevermore is being developed, there lurks an evil which is far worse than anything we've already encountered.

Sebastian is used as a test subject, a process that instead of curing him, is slowly killing him. As his heart falters, mine must draw upon my innermost strength if I am to fight our way out of the compound.

If we can escape, the journey will still not be close to over. I will have to protect Sebastian, a vial with a possible cure and our final secret.

But before safety, that vial must first make it out intact even with the knowledge that it may very well kill Sebastian, before saving the others.

I didn’t read the original version of this trilogy, so I can’t give an opinion as to whether the tweaks are an improvement, but what I can say is that I loved Shannon Mayer’s THE NEVERMORE TRILOGY! It’s a pseudo zombie story that follows a couple who’s love overcomes insurmountable odds. It’s corny, and does require a bit of a leap vis-à-vis why only Mara & Bastian’s connection trumps all where as other twosomes “turn”. But, it’s written in such a way that it’s next to impossible to put down, and makes you want to believe in unicorns.

SUNDERED
The first installment was spent mostly on character and world-building which were an indispensable stage in this series because the author’s Nevermores are NOT dead men walking, and it’s important to understand the differences. It’s also imperative to grasp the intricacies of the main couple’s relationship, and what motivates them. The rest of this novel was driven by the aftermath of the apocalypse, and developing Jessica & Dan, the secondaries. I was thoroughly captivated by the overall concept which is why I wasted no time in starting the second volume.

BOUND
Phase two of the end-of-the-civilization involved the army taking over, the abuse that comes along with the government going belly-up, and rumours of a cure. Unsurprisingly, several factions pop up in the wake of the Nevermore disaster, and Mara & Bastien get caught right in the middle due to their unusual abilities. We meet some pretty scary people along the way, namely Vincent and Donovan, and the author had no qualms about highlighting how truly deprived humanity can become when society as we know it crumbles. BOUND will make you cry uncle!

DAUNTLESS
In the conclusion to this trilogy, the duo begins their upward climb out of Hell, but before that trek can get rolling they have several final obstacles to beat. A bit of a role reversal happens in that Mara has become the rock, and Bastian needs all her strength to give one last push for survival. Three big losses occur in this finale that were devastating however, eventually those that are left standing do get their happily-ever-after. These books will make you think about what lengths you will go to to keep on breathing, and the sacrifices you’d be willing to make for the ones you love.

THE NEVERMORE TRILOGY was not your typical zombie story.

One response to “Review: The Nevermore Trilogy by Shannon Mayer (@TheShannonMayer, @HiJinksInk)”