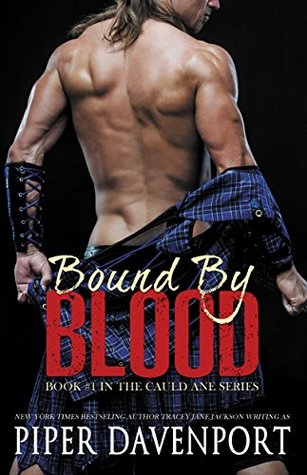 Dr. Samantha Moore is one of the youngest and most acclaimed researchers in the world. Her specialty is blood and she has been recruited by the largest pharmaceutical company in Scotland. For what purpose she cannot begin to imagine, but in an attempt to break out of her painfully shy shell, she throws caution to the wind and leaves her family and best friend behind in Savannah.

Dr. Kade Gunnach is taking a chance hiring an outsider, but he’s desperate to find out how to help his sister. He believes the key lies in her blood, but so far, no one has found the answers. When the new researcher walks into his office, he’s unprepared for his reaction to her and the life-changing ramifications her arrival brings. They’re drawn together by a force neither is prepared for, but Kade is holding something back. Something that could scare her away.

When Samantha learns his secret, will she run?

Will Kade be able to live with the answers he’s been desperately searching for?


I luckily found this book recommended by Sophia from Delighted Reader recently. I had never heard of either the series or the author, but I was intrigued after reading her review. It should also be noted that this book was written first as a clean young adult book by the author’s alter ego (also known as her real name),Tracey Jane Jackson. I can safely say that this version is definitely not young adult.

Samantha Moore is a hematologist, a top one in her field, when she is recruited away from all she knows in Savanna Georgia. She ends up in Scotland and begins working at a large pharmaceutical company. Her boss, Kade Gunnach, takes one look at her on her first day and knows she is his mate. She feels something too, but since she’s human, she just chalks it up to lust for the tall, handsome, blonde man. What she doesn’t know is that she is right in the middle of a supernatural clan now and Kade is their leader. And no, this is not a shifter book! They do have the insta-love mate thing, are near immortal, and have powers, but no shifters in sight here.

Samantha is young, barely finished with her doctorate, and at times you do wonder about her maturity level. She has a temper that won’t quit sometimes and a lust for Kaden that won’t quit either. She gets thrown into a totally new life, and not only is she falling in love, but things are happening around her that she doesn’t understand. To make things even more interesting, someone is trying to harm her. A few times, she doesn’t act in the best way, but I cut her some slack because of all the drama that is surrounding her-I put myself in her shoes and thought I would probably be even worse at that age. On Kade’s part, all his protective instincts click in after meeting her, and he does overwhelm her at times. But, he’s also a good man, is very alpha male, and is a mostly respected leader of his people. I found the romance between the two, while pretty much insta-love, to be sweet and eventually steamy.

When I can find a new to me series that features a different sort of supe, I am usually a happy camper. And a good romance is just the cherry on top for me. I enjoyed what world building we get, although I am ready to learn more about this supernatural world, since I felt that the author left a lot of details out. Samantha’s best friend, Pepper, had a fairly big role to play and the next book is about her. So yes, I immediately bought the next book after finishing this one. I am looking forward to reading her story and seeing how she gets more involved in this world. Many other characters are introduced, and the fact that Kade has several unmated siblings just means more paranormal romance to come from this supernatural family.

No spoilers, so I am not telling more about what the characters are or what dangers are faced in this read. This isn’t action packed, but had enough suspense to keep me interested and turning pages. As in, I could barely put the book down. I found it to be fairly well written, and the banter between the main couple was one of the best parts of the book. I do recommend this to adult paranormal romance readers.