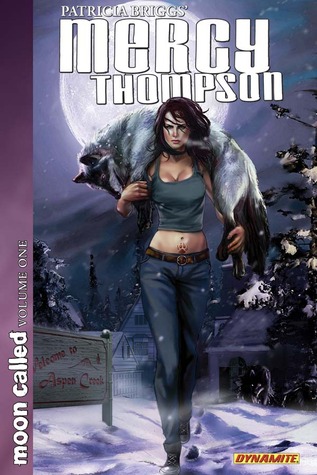 Mercy Thompson inhabits two worlds without truly belonging to either. To the human inhabitants of the Tri-Cities she's an oddity, a female mechanic operating her own garage. To the town's darker residents, werewolves, vampires, and fae, she's a walker, a last-of-her-kind magical being with the power to become a coyote. Mercy warily straddles the fine line dividing our everyday world from that darker dimension... 'till a boy, mauled by vicious werewolves and forever changed by the attack and on the run from those who committed the crime, appears at her door. Now her two worlds are about to collide! Outnumbered and out-muscled, can Mercy possibly save the boy... or even herself?

Patricia Briggs is the author I’m most looking forward to meeting at Dragon Con next weekend, so when I stumbled over the graphic novelization of the first book in her Mercy Thompson series (that I’d apparently one-clicked and forgotten), I decided a quick refresh was in order. Especially after seeing, “all new, never before published story,” in the lower right corner of the book cover.

But I’ll get to that later. 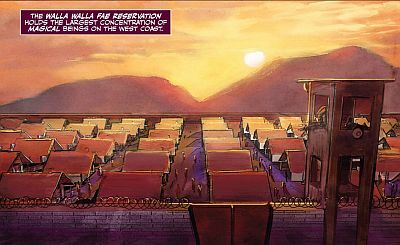 Superficially, the graphic novel version of MOON CALLED stayed true to the original plot line—there were a few details that had me scratching my head, trying to recall if it really happened that way, but it’s been so long since I first read MERCY that it could be my own faulty memory getting it wrong—but overall, I definitely felt the lack. Not exactly a surprise given the condensed nature of graphic novels, but I’ve been spoiled by the really good ones that still manage to pack a powerful emotional punch despite the storytelling limitations. 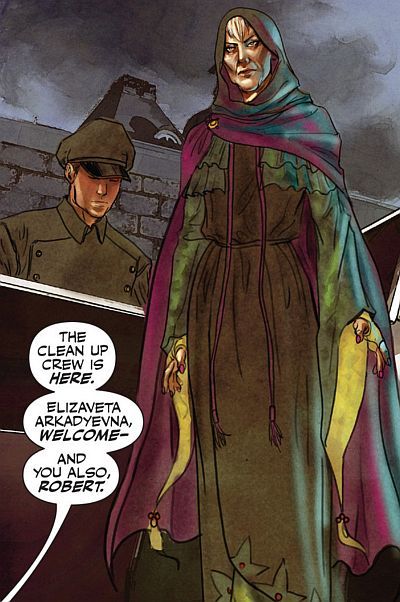 Additionally, a lot of the characters didn’t match up to my memory of their appearances. Again, it could be my recollection that’s the problem, but I’m pretty sure Adam Hauptmann is blond and light, not scruffy and dark (b/c I prefer the latter).

And while details like that don’t affect the plot itself, I’m OCD about them, so it drives me a little insane. As for “all new, never before published story,” it was worthless.

A few short, romanticized pages about the night Max was attacked and turned.

I finished both volumes, eight installments total, feeling like the Mercyness that is the foundation of one of my favorite urban fantasy series was absent, and the promised new material was a cheap marketing ploy used to ensnare hardcore fans. Verdict: not recommended. To anyone. New prospects would be better off checking out the real thing, and established lovers-of-Mercy will just be disappointed.

8 responses to “Review: Moon Called, Vol. 1 and 2 by Patricia Briggs and David Lawrence”