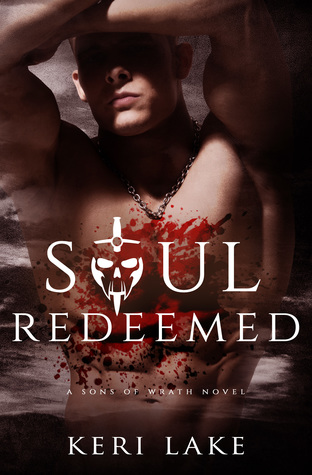 Being half incubus sucks sometimes. Sure, the sex is great, but getting hounded by females gets old pretty fast. Especially when the only one Calix cares about has gone missing, propelling him into a downward spiral of depression and abstinence.

Trapped by a wannabe mad scientist inside a nightmare of her own, Ava longs to be free, even if it means going back to the only male she regrets having betrayed. All she needs is a single opportunity to lead the way.

Calix should hate Ava for the way she deceived him and his brothers. Yet, when she shows up looking like she’s been through a hell of her own, the sweet relief over her return battles the bitter sting of her betrayal, and Calix can’t bring himself to turn her away. Not to mention, an incubus who’s starved himself of sex for too long is a detriment to everyone—including his brothers—and the way Ava commands his body is exactly the release he needs.

Unfortunately, thanks to the lunatic who held her captive, she’s now a walking death trap to any male that tries to bed her. But danger is closing in, placing Ava’s life in jeopardy, and if Calix doesn’t find a way to control his virile urges, he might just be her deadliest threat.


2017 seems to be the year of long-awaited series continuations; Keri Lake’s SONS OF WRATH has been on hold since the end of 2014, so when I got wind of Calix’s book, I couldn’t hit refresh on my Kindle fast enough for it to load. I must confess that after such a lengthy hiatus, I didn’t remember exactly how the half incubus fit into this world other than being one of the Wrath brothers, but SOUL REDEEMED was such a comprehensive story that my lack of a re-read didn’t impede my enjoyment in the least.

This was probably the steamiest volume to date, and seeing how I’ve been on an Urban Fantasy kick in recent weeks, the extra dollop of romance didn’t go amiss. Calix’s nature allows him access to everyone’s darkest desire which makes him the perfect lover, so expect quite a bit of kink. Until the incubus decides to change his wanton ways that is, the only problem was that when Ava finally turns up, sex is off the table. Fallen angel fantasies help, but nothing cures what ails ya like a four-day sweaty marathon.

The secondary plot lines were both a positive and a negative. Yay because I’ve really missed some of these characters, so I was psyched to see what they’ve been up to, and a few of the tangents were particularly interesting. The nay of it was that the main couple didn’t get as much page time as I would have preferred. At certain points, they pretty much disappeared for several chapters which threw off the pacing of their reconciliation, and was the equivalent of taking a cold shower in-between foreplay and the main event.

Night and day are close friends, and the same holds true in Lake’s writing because as explosive as Calix & Ava’s reunion was, the cause of their separation made me sick to my stomach. The nephilim’s been the subject of horrible experiments for months in an underground hospital, and as reprehensible as that aspect was, it didn’t hold a candle to the ultimate objective involving the Sang. This novel will leave you hiding under your blankets one minute, and throwing them off in a come hither heat wave the next!

SOUL REDEEMED was a delectable mixture of sweet and salty.

Keri Lake is a dark romance writer who specializes in demon wrangling, vengeance dealing and wicked twists. Her stories are gritty, with antiheroes that walk the line of good and bad, and feisty heroines who bring them to their knees. When not penning books, she enjoys spending time with her husband, daughters, and their rebellious Labrador (who doesn’t retrieve a damn thing). She runs on strong coffee and alternative music, loves a good red wine, and has a slight addiction to dark chocolate.

Keep up with Keri Lake’s new releases, exclusive extras and more by signing up to her VIP Email List.

This Release Is Hosted By: