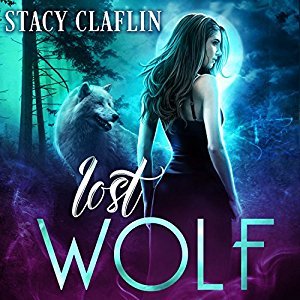 She's hiding a dark secret. It already killed her once.

Victoria can't wait to start college, but there's a hitch - she can't remember anything before arriving on campus. Her memories finally spark when she sees her ruggedly handsome math professor, but she senses something terrible happened. The shock on his face affirms her fears.

Toby is an alpha wolf who never thought he'd see his true love again - not after she died in his arms. Nothing could have prepared him for her walking into his class. But to his dismay, not only has she forgotten the past, she doesn't even know who she is.

He's determined to do whatever it takes to restore what they've lost. Can Toby help Victoria recover her memories, or will he lose her forever?


Ever totally forget to review a book when you meant to? When I remembered, I started listening to it again to refresh my memory and got pulled right back into the story. So I have listened to it twice in about two months time. I think I liked it a bit better the second time, although I am not sure exactly why because there are problems.

Victoria is a freshmen in college and has just moved into her dorm. She’s settling in and making friends. Attending a party and accepting a date. Pretty normal stuff for a young girl. But, and here is my main problem with this read, she has no memories before she got to campus. She’s driving a jaguar, has credit cards and I.D., money in the bank, but no one to tell her who she is. Now, me if that happened, I would be at the police department first thing or the hospital to get checked out. Does she do any of that? No, and she tells none of her new friends either. She just goes partying and enjoying herself. It made no sense. And maybe it isn’t supposed to. There are at least two more books in this series, and maybe it will finally get explained. I hope so, because if not, well then it’s just not realistic. There are witches in this book, so possibly a spell? We do get a few answers, but not exact ones.

Along the way, she meets Carter. Carter is the son of the owner of an exclusive nightclub in town and usually doesn’t hang out that much with other students. He shows up at her dorm party and pretty much immediately asks her out and of course she goes. Then she goes to her first day of classes and recognizes one of her professors, Toby, and he recognizes her as well. Does either one of them say anything? No. Another problem I had with this read! Of course, she doesn’t know why she remembers him, but he sure does! Toby is not only a professor, but is also the wolf pack leader in town.

So while I liked the initial premise of the story, it was not without its problems. However, I enjoyed Victoria as a character, even while wishing she would do something already about her missing memories! But as I mentioned, there could be paranormal reasons for this. I really liked Toby and his back story quite a bit. Carter came off as pretty great as well, but he is hiding some things, so that made me not like him as well. Another thing I enjoyed was the inclusion of a supernatural bar, set in the middle of the woods, and spelled against anything not supernatural. At times it reminded me of the Star Wars bar scenes, with all the different aliens, only these were all sorts of supernatural characters.

Narration? Elise Arsenault and Rudy Sanda did a fairly good job, especially Elise Arsenault. When Mr. Sanda did the villain’s voice, it came off like something out of The Simpsons or something similar. Cartoonish, and it took me out of the story. But that was really my only problem and I did listen twice so that should count for something, as I do own the eBook as well. Narration was 4/5 stars for me.

On purpose, I have not told much of the story and more intricate details about Victoria. I just think that would take away from the story for the reader. This ended up being a paranormal romance and mystery as well. Love triangle? Maybe, not sure yet. Lots of different kinds of supernatural creatures added to the story and we get to know several of them. I recommend this to paranormal romance readers that like a mystery. At this point, it’s not an adult read, but that may change in the next books. I should also mention that there is violence and some of it is pretty bad. I do have book two already and I hope some of my unanswered questions get answered.