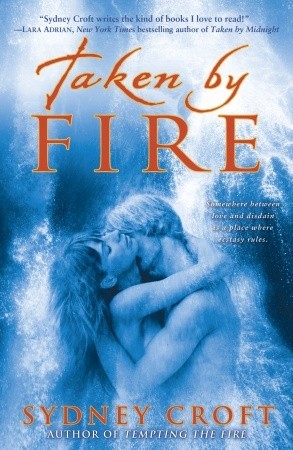 HIS MISSION WAS TO DESTROY HER.
BUT DESIRE GOT IN THE WAY.

A product of genetic manipulation, Melanie Milan shares a body with her malevolent sister, Phoebe. A sleek, blond predator with a heart of pure darkness, Phoebe puts their body through the wicked underbelly of sex for thrills—when she’s not igniting her pyrokinetic skills for an evil organization bent on taking over the world. Melanie rarely gets out to play—much less fall in love. But that changes when rival ACRO agent Stryker Wills shows up, with a mission to terminate the woman who torched his partner.

An operative with rare abilities, Stryker soon realizes that the woman he’s about to kill isn’t the murderous fire starter he’s been hunting. But he does want her. Melanie, with the power to ice anything in her path, is heating things up in ways that are setting fire to his blood. As long as Melanie stays in control, she is his best ally to bring down her sister and stop hellish havoc from being unleashed. Walking a tightrope of longing and hate, Stryker and Melanie begin to understand that true power lies in sweet surrender to each other, to the flames between them, to the erotic adventure that’s joined their hearts and abilities to become their salvation—and perhaps the world’s.

This book wraps up the ACRO series. There is another book after this one, but it is more of a stand-alone set in this world, and not really part of the overall story arc. Both of our main characters in this book were in the previous book, Tempting the Fire.

Stryker can affect the earth, like cause earthquakes. This can be really helpful as long as he doesn’t lose control. This story starts off with him in Rome. He doesn’t like to be in cities like that because he could accidentally destroy structures that are ancient. He’s searching for Phoebe to kill her. She did something truly horrible in the previous book.

Phoebe is an ITOR agent, and not just any agent, but the daughter of the leader. Oh, and she shares her body with Melanie, an innocent in this story and her twin. They were genetically made in a lab that forces the two to share their body. We are not talking split personally, though they are confused of that all the time, but truly two people who each have time controlling their body.

Imagine Stryker’s surprise when he shows up to kill Phoebe only to find Melanie, who is obviously not the same person. There are some definite trust issues that Melanie is just Phoebe acting really well and trying to infiltrate ACRO. Once Melanie earns Stryker’s trust, she still has to earn everyone’s at ACRO. She also really wants to get kill her sister, which is really hard, since they share the same body.

This was a great wrap up to the series. The overall story arc ended really well between ACRO and ITOR. There are some characters who still had part of their stories that needed to be wrapped up. Annika and Creed’s story wraps up really well. Oz’s prediction lingers for a while, but is finally shown. Then there is Oz and his connection to Dev and Gabe. I felt this ended really well and even had my eyes watering.

If you haven’t tried this series, I highly recommend it. It has an X-Men feel to it. There are two groups of humans with special abilities. ARCO fights for the side of good for all. ITOR is all about evil and profit. They even worse than Magneto’s group in the X-Men in that they just want to destroy everything. The characters in this series are really great. Many, like Dev, Annika and Creed, have a large part throughout the entire series. Others have a book of their romance and then fall back to being secondary characters in the other books.

Best book in the series.