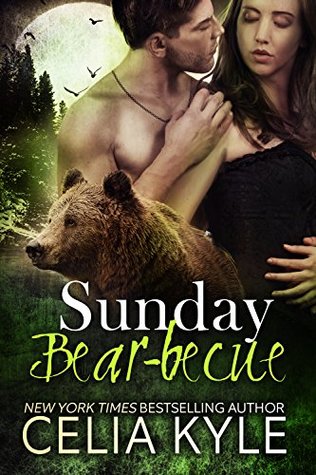 Mia’s looking forward to a lazy Sunday afternoon with friends, family, furballs, and veggie dogs. (For her daughter Sophia, don’t ask.) But what begins with laughs soon ends with tears… of grief? Or joy?

This short story is set in the GRAYSLAKE: MORE THAN MATED world and does not stand alone. It should be read after HOWL MY NAME and is a little bit of family life for those who fell in love with the Grayslake gang and aren’t ready to let them go.

~ If you enjoy the Grayslake series, make sure you check out the Grayslake: More Than Mated Kindle World. Your favorite paranormal romance authors writing about Grayslake, Georgia.

As a fan of the Grayslake series, this was a fun, little addition to the series. I features the couple from the original book, No Ifs, Ands, or Bears About It, Mia and her alpha werebear husband Ty. There are also some of the others that we meet from the series. This isn’t a long story and I don’t recommend it for people who haven’t read the series. I just don’t think there is enough to this story for new readers. It is more of a little gift to people who’ve enjoyed the series.

If you’re not familiar with this series, I highly recommend you check it out. Celia Kyle has some really interesting stories wrapped around this group of werebears, werehyenas and werewolves in Grayslake, Georgia. It is a fun series that has some humor to them along with the suspense that you generally see in a PNR novel. One thing that really impresses me is how Kyle tackles tough subjects in these books. There is everything from an orphan who is supposed to live with his abusive uncle, a fight against racism (again werehyenas), attempted rape and more. I love how she brings these issues out in her stories, without them being to overpowering.

In this short, about Mia, Ty, adopted Parker and a new addition in little Sophia. Mia is throwing a barbecue for the whole clan. Mia has something she needs to tell Ty. Family interferes (as they do). When they go off on their own for a bit, things get a little crazy with the rest of the clan.

Like I said, this is a very short story. I enjoyed it, because I liked spending time with the characters that I fell in love with in the earlier books. I wish the story had been a little bit longer with a little more substance, but it was a nice day in Grayslake. If you hadn’t read the series, you’re probably not going to enjoy the series as much. I highly recommend you pick up No Ifs, Ands, or Bears About It and give this series a try.

“And Googles!” Her daugther sounded so proud as Mia could imagine Sophia standing tall in the middle of the balcony, balled hands on her narrow hips and spine straigh–just like her daddy when he thought he was right.

Oh, how wrong they both were. Often.

“Wikipedia and Google don’t put a roof over your head, young lady.”

“Mommy, listen. Listen, listen. I’m outside. There is no roof.”