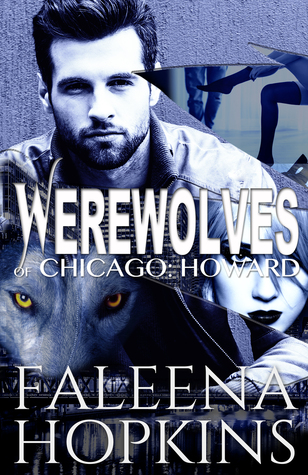 What kind of a werewolf is named HOWARD? Yeah, I get asked that a lot. But then Curragh, Xavier and Draik made me prove myself. And I changed into something extraordinary.

The strength and speed.
The night vision.
Hearing through walls and even into heartbeats.

All this is new. Strange. FANTASTIC.

Because I'm about to meet HER. The blue-haired girl. Around her, I act totally out of character. I would never hurt her, but HE might. Not every wolf gets a cool name. Not until they've earned it.


A werewolf named Howard. Not very werewolfie is it? Not only that, but he’s a science nerd and a medical examiner for the coroners office at the age of twenty two. Once bullied and made fun of by his own pack, the werewolves of Chicago have now made him one of theirs. And he is finally the wolf he should have always been, had he not been crushed by an overbearing mother and packmates that treated him horribly. Along with the change, his body has developed accordingly. Now instead of the scrawny wolf we first met in Curragh’s story, he is buff and filled out. And still pretty unsettled with some of the changes.

I totally fell for Howard’s character. He is young, eager, and all around excited to be part of a good pack. Kinda like the pup that seeks approval from the older dogs. Alisa is a young coat check girl at a nightclub. She has blue hair, rarely stays at a job, and she has no aspirations in life. She has a best friend/roommate, Linnie, and a small apartment. Moving to Chicago is supposed to change her life, after spending most of it with an abusive alcoholic father and a doormat of a mother. When fellow packmates, Xavier and Draik, take Howard out to find him a woman, he meets Alisa briefly. While in the club, no one interests him as all he can think about is Alisa. When he tries to find her again, she has left for the night. Now the search is on, as he doesn’t even know her name.

You don’t have to read Curragh’s story to enjoy Howard’s; I know this because I read them out of order, and back to back. However, you will miss so much back story, miss the introduction of villains, and how Howard finds his courage and wins over the pack. So it would be a really good idea to start with book one. Besides, Curragh’s story is completely worth the read and a page turner.

Howard’s story is quite a bit shorter than Curragh’s, but still has exciting moments(and at least one not for the faint of heart gory scene) and lots of romance and sensual times as well.

This author’s stories are getting better with each new one I read. Her New York Werewolves were good stories as well, although I still have one more to go in that series. I will be reading the rest of both of these series eventually because they are all well written and plotted with characters you can’t help but care about. Add in good world building, and fully realized peripheral characters and this series is one to try sooner, rather than later.