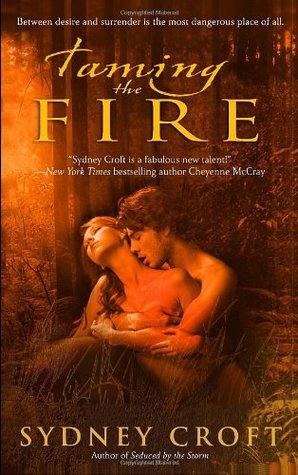 Power. Pleasure. Danger. It doesn't get any hotter than this.

He came to the underground London club for a night of extreme sex play with the enigmatic “Mistress Rik.” But the special agent known as Trance is really on a search-and-rescue mission to keep her alive. Part predator, Ulrika “Rik” Jaegar possesses feral powers that make her a danger to others—and to herself. That’s why the Agency for Covert Rare Operatives (ACRO) wants to recruit her to their side….To do so, Trance will have to pull off the impossible: capture and control Rik, both woman and beast.

On the run from the deadly agency that changed her into a pleasure-seeking shape-shifter, Rik uses sex to rein in her own raging desires. Operating on pure instinct, she trusts no one…especially the magnificent alpha male with the power to seduce her into submission. An undercover agent with unique hypnotic gifts, Trance is surprised by his instinct to hold Rik and keep her safe—but he has a job to do. And as he hunts her down, as Rik and Trance are thrust into the ultimate game of domination and submission, they’ll enter a place where surrender is their sole hope of survival—and the only thing that can tame the wild beast in both of them.…

I’ve really been enjoying this series. It has taken me a while to work my way through the series, but I’ve really been enjoying it. It is sorta of a take on the X-Men. There are people with special abilities of all different kinds. There are different organizations around the world who are seeking out these people for their own reasons. The two biggest groups are ACRO (good guys) and Itor (bad guys).

Ulrika, “Rik”, uses her dominate nature to help control the beast inside of her. She was captured and forced to become an Itor agent after they captured and killed her entire family. They had other plans for her, but after a few experiments, they decided to use her as an assassin instead. While her family always had an animalistic side, they couldn’t shift, that is until after Itor did their experiments on her.

There are a lot of trust issues between Trance and Rik and for good reason. As you think they are making strides, then something would happen and that trust would dissolve and the pair would back at square one. I think because of these outside influences, it makes their trust between the two to eventually grow even further, though it does take a while.

As per normal for this series, this is not the only romance going on, it is just the main one. There is also the return of Ryan, who meets someone from his past in Meg. Meg and her brother, Mose, grew up Amish. She is now a computer geek who is known for stealing money electronically. Mose does money laundering now. Meg and Ryan have a thing from way back when before Ryan even joined ARCO.

Then there is Dev and a new kid called Gabe. They never give his age, but he does leave the ARCO campus to go to bars, so I assume he must be at least 21. Dev is 36, so I can see why he keeps calling him “kid”, even if that isn’t the case. It is a weird relationship between these two. It is one that they both fight, but can’t seem to at the same time.

As per usual for me lately, it is more of the overall story arc that pulls me into this story than the romance here, especially with this series. This series always seems to have more than one romance going on, so you really have to enjoy the whole story more than the individual romance, at least for me. I’ve really enjoyed the world that they’ve built. While this series has always had more sex in it than the vast majority of PNR on the market, more of paranormal erotica. This one really has more the BDSM aspects, though there are scenes that don’t have those aspects. This series continues to intrigue me. I’m a little sad that I only have a few books left.