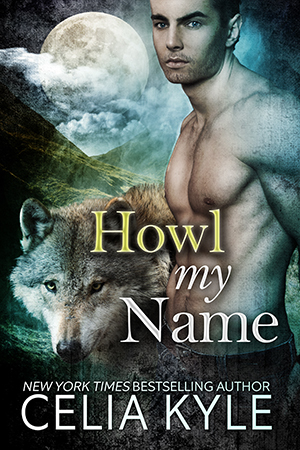 Werewolf Reid Bennett has one goal: investigate the Brookfield clan’s Itan. Reports are coming in that the male is abusing his werebears and – even if he’s a werewolf – Reid will put a stop to it. Unfortunately, the resolution ends up being permanent and now Reid’s the clan’s leader.

The only positive about his new situation: curvy werebear Evelyn Archer. She makes his wolf howl and he aches to explore every inch of her lush frame. He’s the clan’s leader and he knows exactly where he’d like to lead Evelyn — his bedroom.

Evelyn doesn’t know what to do with Reid. Sure, he’s the sexy wolf her werebear wants to nibble and claim, but she has bigger issues to deal with. Such as the fallout of her father’s death … at Reid’s claws. Okay, maybe she can take a break for one little lick …

They both have plans for the Brookfield clan … and each other. Except there’s a small problem — someone wants them dead. Nothing new for Reid, but a threat against Evelyn is unacceptable. When it comes to Evelyn, he’ll break all the rules to keep her safe, including dusting off his homicidal tendencies again.

This book is a little different from the previous books in this series. Mostly, this is the first book in this series that doesn’t involve one of the Abrams brothers. Second, it doesn’t take place in Grayslake. You might ask why is it in the Grayslake series. Well, the hero of this story is known to us. He is the former alpha of the wolf pack that lived outside of Grayslake and ally to the Grayslake bear clan. That is until he went a little crazy. He was dethroned and was kicked out of the territory. He is now helping the Southeast Itan (clan leader, or in this case regional clan leader over all the clans in the area). He is working as an enforcer and doing a lot of wetwork that others can’t do.

Reid Bennett was sent to check out the Itan (clan leader of bears) for Brookfield for the Southeast Itan. Only he didn’t pay much attention to the picture of the guy he was given. When he first comes into town, he sees a guy trying to rape a young girl. Needless to say, even as a psychopath, he has a problem with this. In the process of saving the girl, Reid kills the bear. Only when he calls the Southeast Itan to let him know that the problem is bigger than they thought it might be, it is recommended to check for ID. Reid had killed the Brookfield Itan. Well, crap, that changes things. That kinda puts Reid in charge, even though he is a wolf and there is a lot of cleanup to be done.

Evelyn didn’t grow up with her bear father. She grew up with her human grandmother and the clan that they were a part of. However, when her grandmother died, in her will she wanted Evelyn to go back and join her father’s clan. Following her grandmother’s wishes, she did. Only, it was worse than she ever thought it could be. Her dreams of becoming a doctor go out of the window, while just surviving and protecting her younger half sister take priority. Her father and uncles are quite a corrupt group of bears using fear and abuse to rule. That is until Evelyn finally gets enough guts to make a single, very important phone call to the Southeast Itan about what is going on in their town.

Once again, Celia Kyle takes some really tough subjects and writes a great story around it. I love how she took an anti-hero and psychopath in Reid and makes him redeemable. Evelyn is the perfect mate for him. She isn’t even a little bit scare of him when everyone cowers around him all the time. She all but swats him on the nose with a newspaper to get him to act more civilized to the other townspeople. I did miss the characters from the first four books, though they do make a small appearance towards the end of the book, it just wasn’t the same without them. All in all, it was a great story.

I will mention that this book does have some touchy subjects such as rape, but does not show any of this happen on page. The rape that Reid comes upon at the beginning of the story, is not really rape, but would’ve have been if he hadn’t appeared when he did. There are women in the town who are pregnant with children that are the result of rape as well. There is however a pretty brutal scene of Evelyn being beaten by her uncles as they try to figure out what call was about.

“Then tell him why he should have stayed back. You say you have to lead the clan as if they were children. Well, act like a damned parent, then.”
“I don’t like your tone.”
“She rolled her eyes. “And I don’t like that you’re being a dick, so we’re even.”

She liked the guy—inched toward more than liking him—but her mate saw everyone as a threat. Everyone. Even Sam in the hardware store who had to be near eighty and half-blind.
Sam threatened to put Reid over his knee. Reid threatened to rip out his heart…
Good times.