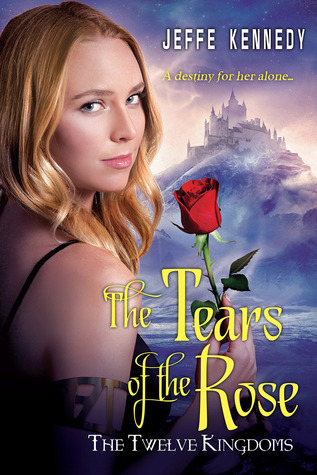 Three sisters. Motherless daughters of the high king. The eldest is the warrior-woman heir; the middle child is shy and full of witchy intuition; and the youngest, Princess Amelia, she is as beautiful as the sun and just as generous.

Ami met her Prince Charming and went away to his castle on the stormy sea-cliffs—and that should have been her happily ever after. Instead, her husband lies dead and a war rages. Her middle sister has been taken into a demon land, turned into a stranger. The priests and her father are revealing secrets and telling lies. And a power is rising in Ami, too, a power she hardly recognizes, to wield her beauty as a weapon, and her charm as a tool to deceive…

Amelia has never had to be anything but good and sweet and kind and lovely. But the chess game for the Twelve Kingdoms has swept her up in it, and she must make a gambit of her own. Can the prettiest princess become a pawn—or a queen?

Amelia is the youngest of the three princesses. She was also the most beautiful. She is said to be the avatar for the goddess, Glorianna herself. She never had a love of politics or for any need to learn to fight. She had eyes only for pretty dress and court life. She fell in love with her her husband only to lose him less than year into their marriage (I don’t consider this a spoiler for the first book, since it’s in the blurb). This is actually where the book starts, with Ami seeing her dead husband brought back from a battle with the Tala and her sister Andi.

I will say, I start this book not really like Ami. I spent most of this book coming to dislike her even more. She did nothing but act more and more like a petulant child. She was very much a useless royal, but she does start to get the blinders removed and she starts to take a stand and become a person. It was hard to remember that she was only seventeen, but luckily, the author does point this out several times as a reminder. I can’t imagine being seventeen, a widow and with a baby on the way.

Ash is the mysterious White Monk. He was working in Glorianna’s temple as a priest assistant and offers to accompany the princess on her journey back to Avonlidgh and to attempt to cross the border into Annfwn. He has quite the past and lots of secrets.

Once Ami figures out that everyone is after her unborn baby, that is when she her teeth come out and she does what is needed to take care of this baby. She just needed to see everyone fighting for a baby that wasn’t even born yet to realize what she had to do to protect the child. She also had a few other things along the road that opened her eyes to the church of Glorianna.

“Think you that Glorianna and Her temple are one and the same?”

I always had thought so, but it seems that had been one of my many naive ideas.

“What the goddess intends and what mortals do with Her representation on our earth are two different things. Being part of Glorianna’s temple is not about the good for all who claim to serve Her.”

I mulled that over. “What is it about, then?”

Her fingers twitched and I knew she missed her knitting, “The High King, praise his name, has invested Glorianna’s temple with a great deal of power. There are those drawn to that. If you wish to make changes, look for those who most benefit from access to that power.”

I really enjoyed this story, adding to the overall story of the Twelve Kingdoms. We get to spend some time with some of the characters in the first book, like Dafne who was a major player in this book. While not as big in this one, still has a part to play. Lady Zevondeth makes another appearance and I think she will have a large part in the third book. We also get to see some of Andi and King Rayfe. Let’s not forget High King Uorsin. There are also some new players.

18 responses to “Review: The Tears of the Rose by Jeffe Kennedy (@mlsimmons, @jeffekennedy, @KensingtonBooks)”