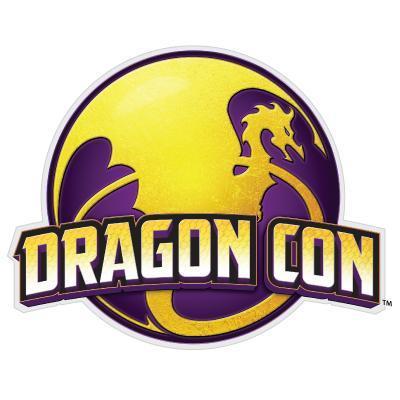 Dragon Con 2014 was my first con and I loved it. That being said, Dragon Con 2015 blew it out of the friggin’ water. I found two new-to-me authors who shot to the top of my TBR. I got to interview the author of my favorite completed YA fantasy series. John Barrowman almost walked into me in the Vendor Halls (we were thisclose). Naomi Novik thought my t-shirt was so cool that after my bff took a picture of us, SHE (as in Naomi Novik) took a picture of ME with it.

But the coolest thing by far will have to wait until we get there on the schedule b/c I don’t want you to know where the story is going. #sorrynotsorry

The very first thing I was scheduled for was an interview with Cinda Williams Chima.

For those of you who aren’t familiar with her Seven Realms series, it is fantastic (and the aforementioned favorite finished YA fantasy series). Her upcoming book Flamecaster is set for release on April 19, 2016. It’s the first book in a standalone series set in the same world as SEVEN REALMS, but it takes place twenty-five years after the previous series concluded and is focused on the children of those characters.

Can we take a minute to digest how cool that is?

Unfortunately, Chima couldn’t tell me specifically whose children without spoilers, BUT she did tell me there are both dragons and pirates in concession. That’s all I can tell you until closer to the release date when I’ll post a full interview.

In the meantime, check out the SEVEN REALMS if you haven’t already. As I said, FLAMECASTER is the first installment of a standalone series, so you don’t necessarily need to read its predecessor . . . but you definitely should (b/c awesome):

Next up was the Heroism and Sacrifice panel in the Urban Fantasy track with Jim Butcher, Myke Cole, Faith Hunter, Richard Kadrey, Jeanne Stein, and Carrie Vaughn as panelists.

YES. That is a great lineup.

This is where I found my first new-to-me author whom I must check out IMMEDIATELY: Myke Cole.

His perspective on knee-jerk reactions to who and what makes a hero kind of blew my mind. His responses to all the questions did that, actually—nothing was simple, nothing should be taken at face value . . . I’ve always considered myself an out-of-the-box thinker, but I’ve got miles to go before I reach the Myke-Cole Level.

When asked to describe his series, he compared it to Harry Potter becoming a Navy SEAL instead of going to Hogwarts.

*drops mic and walks away*

Faith Hunter was wonderful per usual—for anyone who doesn’t already know, Jane Yellowrock has been one of my favorite urban fantasy series for years—her take on Jane and heroism being simply that, “Jane doesn’t know how to say no.”

Jim Butcher was also pretty great. Between his “irrational short person” description of his child and how being a father has changed his perspective on heroism and sacrifice, and his advice to aspiring writers: practice torturing your characters b/c that’s how you break into the industry, I’m solidly in the Butcher camp.

It doesn’t hurt that he was wearing a pirate’s coat.

You can watch the entire panel for yourself on YouTube:

How many people got bored in one (or more) of their college classes and dealt with that boredom by taking a sheet of paper, writing the first line of a story, and passing it the person beside you who wrote the second line and passed it to the person beside them, rinse, wash, repeat?

If you never did, you missed out b/c so funneh.

So when I saw the description for the Fantasy Lit track’s Adventures in Super Fantasy—it’s basically an improv story hour, only the panelists aren’t bored college students, they’re: Lynn Abbey, Todd McCaffrey, Naomi Novik, Nancy Springer, and Chuck Wendig—I knew I HAD to be there.

People . . . It did not disappoint. I can’t remember the last time I laughed so hard. All the panelists were fantastic, but Chuck Wendig and Nancy Springer were particularly hilarious. Seriously, my face hurt from laughing. If you ever attend Dragon Con, you absolutely must go.

Later that night, I was navigating my way to the ACE/ROC Presents panel (b/c Ace Roc Star <——ooohhh, yeaaahhh) featuring Jack Campbell, Faith Hunter, Cherie Priest, Robert J. Sawyer, Jessica Wade, and surprise panelist Myke Cole (whom I love), when as we were walking past the elevators BFF said, “Hey, those guys are wearing ‘Yellowrock Security’ shirts.”

Huh. Look at that. They are.

So I walked over and asked, “Yellowrock as in Jane Yellowrock?” b/c this is Dragon Con, so you never know. But it was. Then I asked if they were going to the panel with Faith, and when they said they were, b/c part of her street team (Beast Claws), I told them I was a Beast Claw too, so we’re squeeing about small worlds, and I’ve gotten a better look at them—one was a bearded guy who looked like he might do work on Bitsa (he was not part of the squeeing, FYI), the other a woman who was really, really tall . . . with really, really long black hair . . . I’m squinting at her, trying to figure out why she looked so familiar, when I realize, “Hey, you’re Jane, aren’t you?”

She totally was. She wasn’t playing Jane right then, so, shhh, don’t tell anyone, but, yeah. She was Jane.

This is when the third person (not in a Yellowrock Security shirt) stands up from rummaging in a box at her feet and introduces herself as (Senior Editor) Jessica Wade (who is one of the main reasons I’m going to the ACE/ROC panel), so I’m all, “No way! I’m Jessica, too. AND I’m an Ace Roc Star!”

This time the familiarity hits me harder, so I’m staring at her trying to figure it out, when it’s hits us BOTH at the same time: this is not just Jane. This is Friend-I-Haven’t-Seen-in-TWELVE-Years.

So we fling ourselves at each other and babble an incoherent jumble of, “I can’t believe it’s you! What are you doing here? How have you been? OHMYGAWD!”

Guys . . . I was in friggin’ Girl Scouts with this chick. We weren’t really friends in high school, but we ran into each other after graduation and then we became friends, and I’ve know her since we were kids.

When we finally get the OHMYGAWD out of our systems, everyone else is just kind of standing there like, “Did that really happen?”

YEP. It did. And it was amazing.

As to recognizing her as Jane before I recognized her as Friend, all I can say is that it was much more likely to see Jane at Dragon Con than it was to see Friend, so the likelihood of seeing Jane who is also Friend . . .? Like I said to Jane: the mind boggles.

Whatever. It was an EPIC Dragon Con reunion.

Later still, BFF and I hit the Middle-earth ’90s Night Dance Party, which was exactly as fantastic as it sounds: elves and orcs dancing to Ace of Base and Nirvana.

The very first question was essentially why do people of all ages enjoy fairy tales, and how do they benefit from reading them?

There were a lot of very good, very true answers given as the question made its way down the line: the moral/life lesson that can be taken from all fairy tales, the layers that fairy tales have revealing different things to the reader as they grow and mature, they’re inextricably tied to our culture, they’re inextricably tied to EVERY culture/part of the global consciousness . . .

But these answers didn’t speak to me personally. And there were only two panelists left.

I was sitting there thinking, really? Again, there’s nothing wrong with those answers, but I felt like they didn’t address the first part of the question at all. Maybe I’m the oddball, but as a child reading and rereading my storybooks, I didn’t love them b/c they taught me a moral lesson. I loved them b/c they were FANTASTICAL. There were witches and evil stepmothers, princes and princesses, talking frogs, elves and fairies. Forest creatures who helped (or tricked) lost children. Lost children who could outsmart a witch who wanted to eat them.

Jean Marie Ward (Chesterton)’s response—fairy tales teach children that monsters can be defeated—was significantly closer to my own feelings and slowed my agitated twitching, but it was Jonathan Maberry who spoke to my childhood self. He got into reading mythology and folklore as a kid b/c of his grandmother. Just like me. He had a crap childhood. Just like me. He read to escape his own monstrous world, b/c he needed to believe in something else that was better. Just like me.

Fairy tales are the product of imagination, and: “Hope lives inside imagination.”

You get me, Jonathan Maberry. You. Get. Me.

SO. I don’t care if his most popular series are all about zombies. I’m going to read them. And I will bet you cash money that I will LOVE them, b/c he’s writing from the same place where I’m reading.

Also, I loved his Hawaiian shirts. They were pretty spectacular.

And before hitting this year’s Mechanical Masquerade, BFF and I hit Hobbit Drinking Songs, b/c how could we not? I went as a pirate b/c at Dragon Con YOU DO WHAT YOU WANT.

I think I’m going to end on that note b/c WHUH, but there’s so much more. All the cool people I met waiting for panels to start, waiting anywhere, really—anytime you have to stand still for more than a few minutes, you’re going to find someone who loves something you do. All the authors you can just walk right up to and say hi. It’s a reader’s Shangri-La. If you haven’t been to Dragon Con, it’s 356 days to Dragon Con 2016. Start planning!

And as a parting gift, I’m going to leave you with the Steampunkiest song I’ve ever heard: