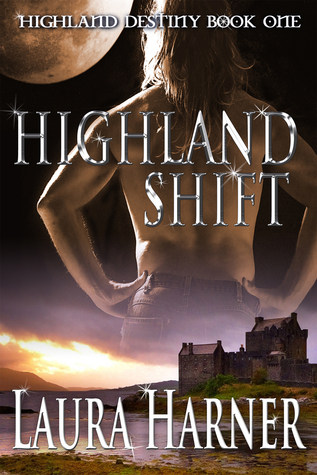 Elena MacFarland wonders what everyone else knows about her new farm that she doesn’t, and whether she’ll live long enough to find out. Betrayed by her fiancé and the powerful Worthington family, Elena fights back and negotiates a comfortable settlement with one small caveat: she must live in Scotland for two years. One kidnapping and two attempts on her life later, the darkly arrogant Scot, Faolan MacGailtry declares himself her new protector and moves into her farmhouse. Major problem? He was present at all three incidents. Elena decides to follow the adage to keep her friends close and enemies closer—but which is he? One by one, Elena uncovers Faolan’s darkest secrets: his Druid heritage, his connection to her past, and finally, the deadly curse that is powerful enough to destroy them both.

Here’s something a bit different from the usual shifter romance. Druids, Fae magick and mythology, ancient artifacts, and prophecy, all add to this story that features a female lawyer from Arizona and a Scottish highlander wolf shifter. There’s a lot to like about this read, but there is also things that annoyed me a bit.

Elena has been tricked by a her ex-fiance and his father. I am leaving out the details, but ultimately she ends up losing everything except for a Scottish home in the middle of nowhere. If she stays on the land for six months, it’s hers free and clear. So she moves to the wilds of Scotland, meeting a gorgeous Scottish man, Faolan, along the way. They have an immediate connection. As in, electrical-which is mentioned a few times. It’s not long before she is getting attacked by thugs, and realizes that six months is a lot of time in which someone could kill her, before the land and house are hers. But of course this isn’t a simple mystery. It’s not hard to figure out who the culprit is behind the attacks though. And actually the way it was done, that wasn’t a problem for me at all. However, there was a problem about why she was given the house in the first place-didn’t make a lot of sense to me. Enough said.

If you like a paranormal romance with way more explicit sex scenes than the norm, this could just be your next favorite read. This was a fairly long book, just a bit under 500 pages, and I think if you took away some of the many sexy scenes it really wouldn’t have ruined the read. I did skim a few of them after awhile. Just too many and seemed a bit like filler after awhile. I did enjoy the main characters though. They were both strong characters with major chemistry together, although there were times I wanted to shake Elena for some really stupid decisions. Why is it that the female usually makes all the bad moves in a book?

This book had just about something for almost any paranormal/fantasy fan. It really was a much deeper story than I was expecting to get so that was a pleasant surprise for me. In addition to the main characters, there were some good peripheral characters, a horrible villain and his henchmen, and of course the Scottish setting. An enchanted island, a castle, hidden treasure, a curse, ancient magick, this story has all that and more. It even has a new male character introduced towards the end that the next book(Highland Pull)is about. And yes, he was interesting enough to have me wanting to read his story as well. Another good thing? No cliffhanger or love triangle here.

Recommended to all adult paranormal romance readers that like a fairly complex and well written story to go along with the romance.