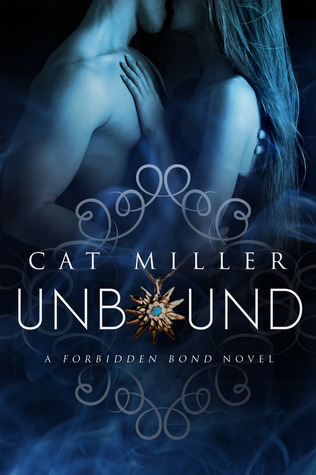 College is supposed to be a time of discovery, but Danielle Vaughn never imaged it would be like this: heightened senses, supernatural powers, and a sudden craving for human blood. Dani is a demi-vamp, the daughter of a human psychic and a vampire noble, a living secret kept hidden for twenty-one years.

As Dani’s heritage manifests itself, her thirst for blood is matched only by her hunger for Chase Diedrick. But as the son of the Vampire Council’s most powerful ruling family, Chase is already promised to another. Dani saw Council politics destroy her mother’s life; she won’t let the same thing happen to her. Besides, there’s no shortage of men who are eager to satisfy her every need, including the alluring vampire Kayden.

Unfortunately, Dani also has no shortage of enemies. Her heightened powers of telepathy and telekinesis attract the attention of a rogue vamp who preys on gifted vampires, absorbing their skills along with their lifeblood. Now, Dani must seek the Council’s help to quickly master her new vampire life…or risk losing it.

Awhile back, I read Unafraid, a novella from this series. It was the story of Griffin and Tessa, a vampire and human, and their forbidden love. I enjoyed the read, and bought this first book in the series, and pretty much forgot it in my TBR pile until now. I was really hoping for a good story, and actually there is a fairly good story, but there are also things that annoyed me as well.

Dani is half human/half vampire but doesn’t know it. She has lived with her mother, Tessa, in a small town and never knew her father. She has a boyfriend, Lucas, she’s twenty one, and she’s leaving her college for another larger college, to finish her degree. She’s also leaving Lucas behind-with every intention of staying true to him. She makes new friends and they visit a new club in town, called Thirst, where she is treated like a VIP for what she thinks is no reason. There, she meets Chase, the owner of the establishment’s son, and of course he is a vampire. She also meets his best friend, Kayden, also a vampire. It’s not long before she’s juggling Lucas, Chase, Jared(a guy from her college),and eventually even Kayden. It’s also not long before she realizes that she is half vampire, and that she is coming into her vampire powers.

So much happens in this story, and I found that it really could have been a much shorter book and still been readable. And that’s because too much happens. Every man Dani comes into contact with seems to want her. And she seems to have a hard time turning any of them down, although to be fair, I am not saying she has sex with all of them. Her one true love(as written by the author)is Chase, but everything gets in the way of them being together. The more the story went on, the more annoyed I was with wishy washy Chase. At times, I liked Kayden more than Chase, and Lucas just ended up being pretty pathetic to me.Just when you think there can’t be any more men, the author introduces vampire warrior, Darren. I can’t even begin to say anything about him without spoilers.

There’s also another story line concerning a rogue vampire that is trying and succeeding in stealing vampire’s powers. It involved kidnapping and killing vampire young ones. Since Dani has major powers, of course she becomes his target. This makes for some mystery and action to add to the already crowded story line. And did I mention that Dani is still keeping her half human status secret?

I think the writing could have been tighter, making the pacing much better. I think it would have made for a more cohesive story. There were things that I did enjoy, I liked seeing Tessa and Griffin again, and I liked Dani at times, although she did act like a teenager a lot. But when I really don’t like the main love interest in a paranormal read, well then there goes the read for me.

For me, this started out a solid 4 star read, but as the story went on, and things started getting more convoluted, it went down to 3 stars, but I didn’t go any lower because it actually is very readable. There was just too many men that wanted Dani in the story, and I don’t enjoy that in a paranormal romance. I can handle a love triangle at times, but this was a bit much. About 75% in, I came close to DNF’ing because of how much eye rolling I was doing during a certain part-one that didn’t have anything to do with her love life. Vampire politics and laws in this series are pretty intense and actually made little sense.

I am sure there are people that will enjoy this read, I just read too many paranormal romances for this to be one of the better ones for me. It should be noted that while it is an adult read, it isn’t erotica.