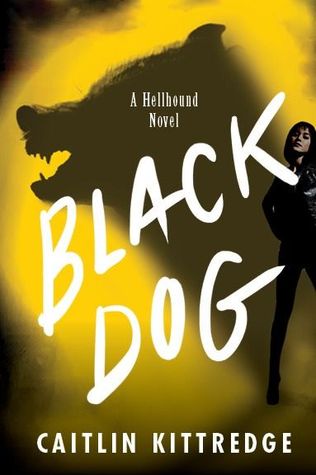 Ava has spent the last hundred years as a hellhound, the indentured servant of a reaper who hunts errant souls and sends them to Hell. When a human necromancer convinces her to steal her reaper’s scythe, Ava incurs the wrath of the demon Lilith, her reaper’s boss.

As punishment for her transgression, Lilith orders Ava to track down the last soul in her reaper’s ledger . . . or die trying.

But after a hundred years of servitude, it’s time for payback. And Hell hath no fury like an avenging Ava . . .

The first thing I want to say about this book is that my main issue was a matter of personal preference. It’s impossible to really like a book when you don’t like the heroine, and the heroine . . . I did not like.

Neither am I a huge fan of zombies and voodoo/necromancy or angels as supernatural creatures in urban fantasy (just b/c a book has demons—and weirdly, as much as I typically dislike angels in my UF, I think demons are aces—doesn’t mean there will be angels).

This time, however, there were. *shrugs*

BUT if dead things and/or angels are your thing, you might love this book. Moving on . . .

Any Supernatural fans out there?

I’m a few seasons behind, but I think it’s pretty great. If you haven’t watched Supernatural, it’s about two brothers who hunt/kill/send back to Hell ghosts/monsters/demons. When I checked out, it had evolved from misc. monster hunting to an approaching Armageddon<——I’m consistent.

Black Dog is kind of like Supernatural from the demon’s perspective. If the demon was a hellhound meant to inspire sympathy b/c of her dainty human form and indentured servitude to a big meanie hellspawn.

And that’s where things went wrong for me. You see . . . while the slavery aspect of being a hellhound definitely sucks, you cannot be a hellhound without making a deal with the proverbial devil.

Hellhounds aren’t the offspring of a group of people who made the deal eons ago and are still paying for their ancestors’ mistake. They aren’t a strange and new amalgamation, created by the minions of Hell, forced to serve and exist in misery. NOPE. They are NOT. Every, single one of them signs up for the gig. When Ava died, a reaper came to her and offered her a choice.

Well . . . Ava had a boyfriend who liked to drink when he was feeling sorry for himself, and when he was good and drunk, he’d beat the shit out of her. Poor thing, I know. Except instead of kicking him to the curb, b/c abusive asshole, she started sleeping with his best friend, b/c serves him right.

And that’s not all Ava’s doing with these guys.

One of Best Friend’s ancestors was some kind of voodoo priestess who sacrificed a bunch of children to open a gate to Hell, and the three of them are out in the bayou trying to find where she did it, so that they can call up some ghost to get power (b/c power).

But it all goes sideways for Ava when these two upstanding young men make her the sacrifice.

Huh . . . I guess they left that part out. You can’t blame her for being surprised though, b/c the sacrifice was supposed to be a “pure” soul . . .

She’s also supposed to be one tough chick. You can torture her, and she will not flinch. She’s used to it. Learned how to swallow the pain years ago. And she will cut you.

When she’s not on a crying jag:

I slammed the door behind me, threw the bolt, and curled up on the faded bed . . . Pressing the musty feather pillow against my face, I sobbed until I thought my chest would crack open . . . I hadn’t realized it until this moment that I was alone, and I’d been stupid to ever think anything else.

Or having a panic attack:

I fell to the ground without realizing it. There was a terrible wheezing sound loud in my ears, and something slamming against my ribs from the inside as the weight got heavier and heavier, choking off my air entirely.

Or feeling sorry for herself:

If there was a level ten stories below ground from pathetic, I was probably there.

Characters make mistakes. It’s inevitable. It’s what they do after they make mistakes that counts, and IMO . . . Ava could have handled it better. But that’s not the biggest problem for me. *sighs* I can’t help it. I just don’t like her.

Beyond that, Black Dog by Caitlin Kittredge was a pretty good book. The plot was interesting, especially if you’re into the whole good vs evil/Heaven and Hell thing, and aside from some lowbrow humor, the writing was excellent. I think a lot of urban fantasy readers will like this book—it really was a case of, “It’s not you, it’s me.”