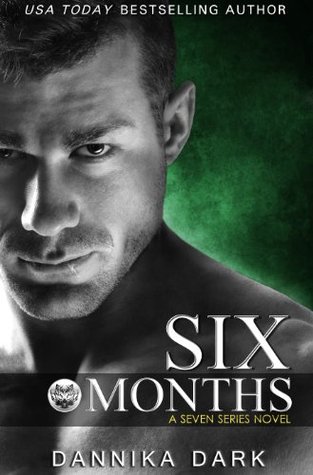 April Frost is a compassionate young woman with a steady job and ambitious goals. But the harder she runs away from her past, the more it threatens to destroy her. When three strangers enter her life, April is forced to face her demons and it's a battle she may not win.

Private investigators in the Breed world are men who take risks, and Reno Cole is no exception. As a Shifter, he's expected to control his inner animal. But lately his wolf has been venturing dangerously close to the city, and he's about to discover why. When Reno is reintroduced to a family friend, the attraction is immediate. April captivates him with her secretive eyes and resilient spirit. She's also in trouble, and despite the fact she's a human, Reno can't turn his back on her.

April is caught between two worlds: One that threatens to bury her dreams and another that could fulfill them. Can she trust the wolf at her door and find the courage to overcome her demons?

I am going to change it up a bit by starting with a disclaimer. I am a huge fan of Dannika Dark and all her books. Okay so now that, that’s done, I can continue. This book is the second in the Seven Years Series. The first book, also titled Seven Years, tells the story of Austin and Lexie’s romance. Austin is the packmaster of the Weston Pack. This time around, the story centers around Reno, Austin’s brother, and April, the human manager of Lexie’s candy store. April and Reno meet briefly in Seven Years and they have never forgotten each other.

The world that this story takes place in, is the same world of the Breed that was first introduced in the Mageri Series by this author. Animal shifters, or in this case wolf shifters, keep their existence secret as do the rest of the Breed. April and Reno’s romance almost seems doomed due to the Breed not having anything to do with humans. But really that was almost the least of their problems, because when April’s grandmother died, April inherited a huge debt that must be paid off to two different loan sharks. She makes some really poor choices while dealing with a loan shark enforcer, because she refuses to let anyone help her.

The story is about April and Reno, but it is also about the love and acceptance of family or in this case the Weston Pack. April’s very humanity, with a hefty side dose of questionable decisions, cause problems for her, Reno and the Pack. I enjoyed the interactions of all the brothers that make up the pack. Each pack member have fully realized personalities; some of them I really like(Austin, Denver and Ben) and some the jury(me), is still out on(Wheeler and Jericho). Hopefully, each will get their own books. April as a character, was smart and caring but also really damaged due to a horrible childhood. Reno is the total alpha male package, a package that comes with loyalty and a protective streak a mile long for April and his pack. The question here is, will April learn to trust Reno enough to let him in or will she lose everything when the loan enforcer decides to make her life hell? And equally importantly, can the Pack accept a human as Reno’s life mate?

This book was something for almost everyone-romance, suspense, steamy sexual scenes and humor. The world building of the wolf shifters continues with this book and as usual, the author’s view of the world of the Breed just gets more intricate. It was a really fast read for me and I enjoyed every minute. To me, this series is already paranormal romance at it’s very best and we are only two books in.