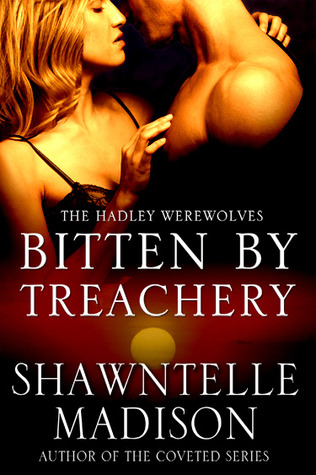 It's not like Charly the witch wanted to betray the Hadley werewolves. Or infiltrate the pack. But it's the only way to save her mother and protect her coven from a dark evil. She's a witch in wolf's clothing - until an unfortunate bite forces her to become the one thing she detests the most.

The last time a witch came to Hadley, she almost destroyed Trenton's pack. He won't let it happen again, especially now that this lone wolf is feeling so drawn to a certain new new girl in town. Charly is the most intriguing woman he's ever met, and he wants to know all about her.

The passion between Charly and Trenton shocks them both, but can she trust him with her secret...and her heart? One thing is for certain: she has to tell him the truth soon - before it brings about the end of both Trenton and the innocent citizens of Hadley.


I grabbed this novella expecting a cute insta-love story featuring werewolves with a generous helping of action and romance. And, although it does contain all of these elements, the delivery left something to be desired. The plot line was a little too chaotic for my tastes; it didn’t flow well and the various threads were a tangled mess. In my opinion, Shawntelle Madison tried to cram a full-length story into 88 pages and it showed. BITTEN BY TREACHERY has all of the makings of a fab paranormal romance novella but unfortunately the execution wasn’t quite up to par.

I enjoyed the plot line even though it was a bit rushed; there’s a nice variety of supernatural elements and it connected well with the first novella in this series. The story focused more on the witch-y aspects rather than the werewolf ones which, as a solely personal preference I would had preferred hadn’t been the case, but there was still a decent amount of mythology incorporated to add substance to the plot. It was difficult to grasp the level of treachery that’s revealed towards the end because of this tale’s brevity but the conclusion does provide a nice lead for the next installment.

The character development was minimal which, in large part, was probably due to the magnitude of the plot. There simply wasn’t room for both and as a result, the insta-love between the main couple wasn’t very believable. Charly casts a spell on Trenton; ok, I get that, but later on when her deceit is revealed he insists that magic had nothing to do with it (really??). They both admit to loving each other after only 2 days and their HEA wasn’t exactly very happy. Yes, they end up together but everything in the HADLEY WEREWOLVES universe has gone to hell so I had a hard time caring that their relationship survived.

BITTEN BY TREACHERY is an entertaining read but I wouldn’t advise starting with this one if you haven’t checked-out a few of Shawntelle Madison’s other books yet.

6 responses to “Review: Bitten by Treachery by Shawntelle Madison”