The first book, Raised by Wolves, has been on my wishlist for sometime now and with the release of the second installment I guess it’s time to bump it up to the top of my list! 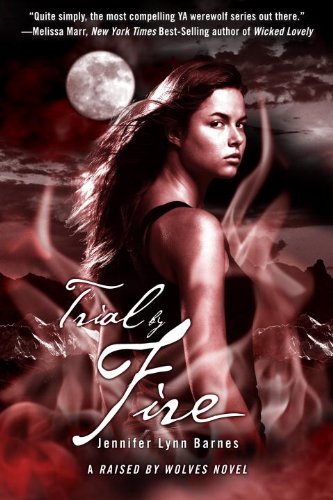 Bryn is now leader of the Cedar Ridge pack of werewolves and she’s convinced that her pack is different – it’s democratic and fair. Then Bryn finds a battered teenage Were, Connor, bleeding on her front porch. He begs Bryn to protect him from an abusive leader; Bryn takes him into her pack.

But Bryn’s Were partner Chase doesn’t trust the new boy, and the more time she spends helping Connor, the more aggressive Chase becomes. Bryn is not sure if it’s jealousy, or Were possessiveness but for the first time she starts to feel suffocated by the bond she and Chase share.

Filled with action, unlikely allies, and deadly conspiracies, Trial by Fire will change Bryn forever. She is soon to realise that to lead a pack of werewolves, she must give in to her animal instincts and become a little less human. And as hard as it’s going to be, Bryn is going to have to do it alone.

There can only be one alpha.

12 responses to “Waiting On Wednesday: Trial by Fire (8)”