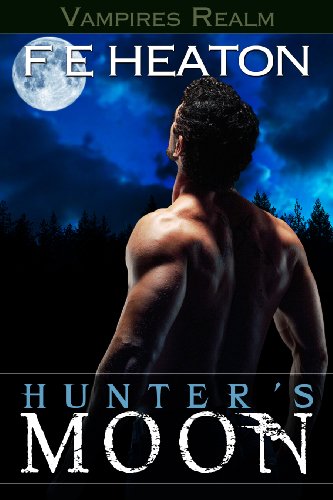 The horror of the night he failed to save his werewolf pack from the cruelty of their vampire masters has haunted Nicolae for one hundred years, driving him deep into the Canadian wilderness in search of peace. That peace is threatened when unfamiliar hunters and the scent of blood lead him to a beautiful woman and a hard decision—face his past and help her or risk losing everyone he cares about again.

Bearing a heart filled with grief and with vengeance on her mind, Tatyana is intent on killing the hunters she’s tracking and returning to her vampire bloodline, but her plan didn’t include being shot with poisoned arrows or rescued by a glowering alpha werewolf who stirs forbidden hunger in her.

When the hunters make their move, will Nicolae be able to stop them before it’s too late? Will he be able to overcome the darkness in his heart and embrace his desire for a vampire? And can Tatyana face her fears and risk her life for the sake of forbidden love?

This is the second book I’ve read by Felicity E. Heaton and I’m quickly becoming a huge fan of hers. Not only is she an amazing writer but Hunter’s Moon is about my favorite subject: werewolves! How could I go wrong? Add to that a real live pack of timber wolves and I’m in heaven. But that’s not all! There’s also a forbidden love story between two species who’ve been enemies since the dawn of time. There’s just so much awesomeness crammed into this tiny package. I completely lost myself in this book and I didn’t come up for air until I was finished.

The wolf pack is a side story in the overall scheme of things but for me, it added an extra wolfish element that I’ve not come across before. Nicolae is a loner but his heart lies with the pack and not the werewolves. He’s spent decades with them developing a relationship with the alpha and earning their trust. Now they’re like family. Whenever something is amiss in the woods the timber wolves and Nicolae look out for each other. I loved how they communicated with each other. This element really appealed to me because it linked werewolves and their wild brethren tightly together. My favorite kind of supernatural beasts are the ones that favor their animal side over their human one. There’s just something about witnessing a human giving in to their primal instincts that makes me weak in the knees.

The blooming love story between Nicolae and Tatyana is also very moving. Both of their pasts are tainted with pain and suffering. Trust doesn’t come easy to either of them and they’ve both pretty much given up on ever finding happiness. Add to that the seething hatred that exists between their two species and you’re left with a match made in hell. Even though they both feel inexplicably drawn to each other they resist it tooth and nail. In both of their minds a werewolf and a vampire can never be together; the only thing that they should feel for each other is hate. But fate has other plans and forces them together against a common foe. They both savagely resist, which made me incredibly frustrated but it also made for a great story so I guess I can’t complain!

Hunter’s Moon is the ninth installment in the Vampires Realm series but it’s not essential for you to have read the previous books to be able to enjoy this one. In fact, this is the first book of this series that I’ve read and I didn’t feel lost at all. Felicity E. Heaton is a talented author who weaves captivating and well-written love stories that’ll have you feeling a wide range of emotions. Her characters are well developed and life-like and her understanding of wolfish nature is phenomenal. Fans of paranormal romance will be swept off their feet by Hunter’s Moon and werewolf fanatics will find themselves on cloud nine. Heaton is a hard working, independent author and if she’s not already on your radar then I strongly recommend that you rectify that immediately!