Movies and/or TV shows based on books are not at all uncommon. At least twice a year Tor.com posts all the coming-soon-to-a-screen-near-you adaptations, and that list is so long that I’m bored halfway through it.

Do I personally watch movies, etc. based on books?

Movies, rarely. TV shows, not always, but significantly more than I watch the movies.

What about books based on movies and/tv shows?

I’ve never felt compelled to read any of the multitudes of STAR TREK, BSG, STARGATE, SUPERNATURAL, BUFFY, etc. novelizations. And despite my newfound love of STAR WARS canon, I don’t really understand the urge. STAR WARS is STAR WARS. Everything else . . . is not STAR WARS.

One possible exception is the forthcoming FIREFLY novelizations, but again, FIREFLY is FIREFLY. *shrugs awkwardly*

THE SHAPE OF WATER by Guillermo del Toro and Daniel Kraus has the distinction of being neither of those concepts, but is instead:

Developed from the ground up as a bold two-tiered release—one story interpreted by two artists in the independent mediums of literature and film—THE SHAPE OF WATER weaves together fantasy, horror, and romance to create a tale that is equally gripping on the page and on the big screen. 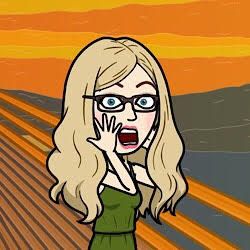 Is this a one-off or the start of a new trend? Does the fact that the movie won the Academy Award for best feature film increase the chances of film and publishing working in tandem again?

I can’t even tell you if I have a preference at this point.

I can tell you that so far, the book is fantastic. And horrible. And lovely. And infuriating. And a half dozen other things besides.

What about you? Have you seen THE SHAPE OF WATER? Read the book? Planning on either? What do you think about this newfangled dual release of film and word?

Bookfessional: Sharing the Wealth (of Bo

3 responses to “Bookfessional: Chicken or Egg?”