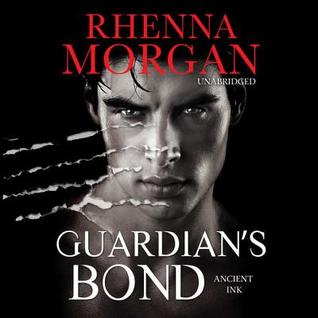 Priest Rahandras has lived with the darkness trapped inside himself for years. Betrayed by his own brother and forced to watch his clan's brutal annihilation, the only thing Priest wants more than to escape the curse that haunts him - as both man and beast - is to rebuild.

Until the mate he's longed for walks into his life with an elder from his past. She's everything he's wished for, and the key to the clan's very survival.

Kateri Falsen is a woman of logic and facts. While Priest's cat can sense her arousal, telling her they're fated won't be enough. He'll have to show her his love: with his words, with his actions, and with his body.

Protecting Kateri from the evil trapped inside him is paramount. But when lost clan members are systematically murdered, he'll have to choose between exposing his mate to his black magic, or risking her as the next victim.

I found this book on the Addicted to Romance blog recently and knew it wasn’t going to be hanging out in my to be read pile long, after that wonderful review. When I found out Nicole Poole narrated it, I had to listen instead of read.

Priest is a high priest for his race. He is a tattoo artist in his regular life, but also serves to protect and guide young adults as they come into their powers. He is able to ink protections and magic wards onto the bodies of his clan members, as well as make a good living as a highly sought after tattoo artist. When he meets Kateri he immediately knows she is his mate. On Kateri’s part, she has only recently found out about her race and is very skeptical about all of it. Priest has to break down walls and teach her about their race before he can even hope for something more. Of course, it’s not that simple because an evil from Priest’s past is determined that Priest won’t ever be happy.

I enjoyed Kateri and for the most part, Priest. Kateri goes from pretty much dazed and confused due to circumstances at times, to a bonafide member of her race. She’s strong and beautiful and I was afraid for about a second that she was going to be one of those heroines that makes a huge mistake or a bunch of little ones. But not. So she was a great heroine. Priest has been alone for a very long time and when he finds Kateri, he amps up the mega alpha level quite a bit. And that was fine. For awhile. Further into the story, the book became erotica and I am usually not a big fan. Some of Priest’s actions were just not for me. That being said, since I loved the unique story, the characters(including side characters), the extremely creative world building, as well as the action, I ending up enjoying this listen immensely, even if I was blushing and/or mad at Priest for things he does.

One of the things that draws me into a paranormal romance or urban fantasy read/listen is good world building. All the way through this listen, I continued to be amazed by the author’s different take on the shifter world. A world of clans, different magic and a race of shifters that are given their magic and animal companion in a unique way was just part of the appeal for me. In this world, members of the race can be all different kinds of shifters, and each has a special gift. For example, sorcerers, seers,and warriors to name a few. The members of the race have their fated mate, but sometimes it takes a long time for them to find them. The male knows instantly, the female not so much.

Narration was outstanding. I am a huge Nicole Poole fan so she really was the reason I listened, instead of read. She has so many voices in her arsenal and is very adept at male voices which is major for me when listening. So as is usual with her, I rate her narration 5 stars. I highly recommend her.

Not a fan of erotica? I still recommend this book to paranormal romance readers as it was just so unique and the romance was pretty great. I can overlook things like that if it’s well written and not just in the story as filler and this definitely was not. Most, if not all, of the sensual scenes had a purpose to move the romance along and not just for no reason-if that makes sense. I couldn’t stop listening so there’s that as well. Recommended and I will be reading/listening to any follow-ups!