What Is Your Mercenary Name?

In the Order of the Wolf, the mercenaries are given nicknames by their mates in a jumbled mixture of affection and ridicule as only comrades-in-arms can do. They wrap themselves up in these names like a second skin—protection against the cruel world of the Seven Kingdoms.

They are given names like Brain, Squirrel, Toad, and Bones which are either based upon appearance or maybe a personality quirk.

As I think about this, I’m wondering what my mercenary nickname might be. Like the protagonist in The Order of the Wolf, I’ve had my share of nicknames over the years—all of them tied to my given name. As a kid they called me Freddie the Frog (from the New Zoo Review), and Freddie Spaghetti because it is my favorite food. As a teenager it changed to Freddy Krueger because of Nightmare on Elm Street, and Fast Freddie when I was a running back on the football team (and because of a whirlwind romance with a cheerleader which was greatly exaggerated). As an adult I’ve been called Fred on the Head and Naked Freddie (Neither of which are all that flattering, nor have a juicy story that explains where they came from).

None of these would work as my mercenary nickname. The purpose of a nickname in The Order of the Wolf is for the recruit to leave behind his old life (and name) and embrace his new life as a mercenary.

Nicknames given by your mates, are not typically meant to highlight your good points. Quite the contrary, they are normally earned in one of your less than perfect moments. I’ve had my share of those. Thinking back on my youth, and about nicknames from this angle, I would say that my mercenary nickname would be Killer.

Like any good nickname, Killer would have a double meaning. First off, I was a very shy young man, and not too good with the ladies (despite the Fast Freddie moniker). Buddies pick up on that kind of thing pretty quickly. I’m guessing that would earn me the name Lady Killer because it is the complete opposite of the truth. I also have a very laid back and non-violent personality which would make the shortened version of Killer even more ironic. Add in the one time I was drunk and told my buddies, “I’m a lover, not a fighter” and the nickname would stick to me like a bad habit.

Finally, even though I am laid back and have a long fuse, when I get riled up it is not a pretty sight. I don’t get worked up for myself, but for other things that I hold dear. So imagine the laid back “Killer” going berserk when his team is being threatened— like a mom defending her child. That would be me. Can you imagine the aftermath of that fight, when my mates look at each other and say, “Damn, Killer really is a killer!” Is that a triple meaning?


What would your mercenary nickname be? Freddie Silva lives in Charlotte, North Carolina. He has a passion for history, religion, and mythology. He strives to use elements from these interests in his writing. He has published stories in a variety of venues including: Catfish Stew: A South Carolina anthology of literature; Triangulation; The Alchemist Review, and Short & Twisted Christmas Tales. The first two novels in his Kingdom of Haven series, The Order of the Wolf and Stenson Blues, are available on Amazon and Kobo. The third book, The Eastern Factor, will be released in January 2018. He can be found at: 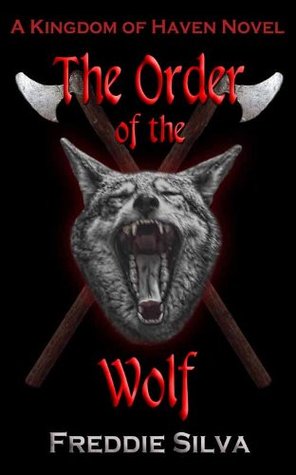 The Order of the Wolf by Freddie Silva
Series: Kingdom of Haven # 1
Published by Wolf Jape
Published on: March 22, 2012
Pages: 208
Genres: Fantasy

The Order of the Wolf is set in the Seven Kingdoms, where the rulers are greedy and mercenary companies known as the Free Orders are paid to settle their disputes.

As a member of The Order of the Wolf, Olaf never questioned his path until his mates were killed. What is a mercenary to do without his Order mates?

Wielding a death wish and his poleaxe, Olaf must confront haunting memories on a long journey to avenge the honor of his lost comrades and heal from his relentless grief. Along the way, he will try to die in battle, fight old foes and new, meet the love of his life, and come face-to-face with the man he most fears.

Before he is finished, Olaf must stop hiding behind his axe and find a life for himself.

Who says a mid-life crisis has to be about fast cars? 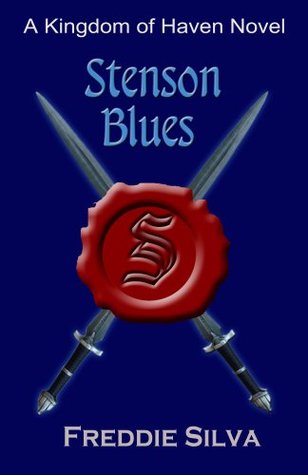 Olaf wasn’t sure when his luck went bad. Most said it was the day he fell and twisted his leg out of shape, but that was just the final straw on his unhappy slide from favor. Even though he was a member of one of the most powerful families in the Seven Kingdoms, after the accident, he was relegated to herding pigs.

Olaf had accepted his fate until his long-lost uncle and namesake suddenly appeared with a kingdom. Olaf, as the closest living relative, is sent with the family delegation to persuade his uncle to share his good fortune.

To succeed, Olaf must overcome his own feelings of inadequacy, vie against his dirty-dealing cousin, and persuade his suspicious uncle that he can be trusted. Along the way, he gets caught up in his uncle’s political schemes, and may even meet the love of his life. In the end, can Olaf prevail, make his uncle proud, and change his own luck? 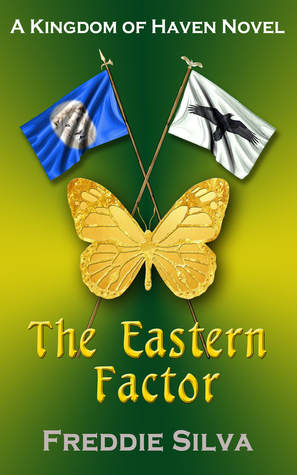 After being shattered by the death of his lady love, Olaf is sent east by his namesake Uncle to recover in the relative safety of the Eastern Confederation. Even here, he cannot rest. The Empire of Jewel is marching against his uncle’s fledgling Kingdom of Haven, and Olaf is tasked with finding a way to aid his uncle.

Suffering from his own internal demons of self-doubt and grief, he attacks his mission with as much gusto as he can manage, but has he learned from his previous mistakes? In order to succeed, he must form odd alliances and thread the needle of daunting Eastern politics. Has he learned enough to recognize friends from enemies, and, above all, keep his own dark impulses from destroying his efforts?

The fate of the Kingdom of Haven is depending upon his success.


Coming of age is tougher when you’re a Stenson.