BEYOND THE SHADOWS, the third installment in the Force of Nature series by Amber Lynn Natusch. Now available on Kindle & Kindle Unlimited! Get your copy today! 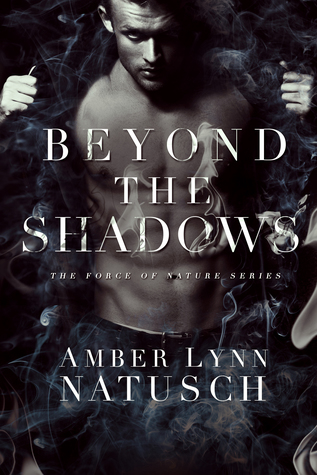 Another day, another problem for Piper Jones and her eclectic mix of allies.

And so far, her pack of vampire enforcers, werewolves, and her warlock mentor have come through it all unscathed. But when a rogue assassin starts killing off Knox’s crew, she’s got more to worry about than the faint blue scar on her chest and her failing powers.

Now she must race against time to heal her broken magic, if she wants to save the wolves she’s grown to love. GIVEAWAY TERMS & CONDITIONS: Giveaway open to US and Canada shipping addresses only. Giveaway ends Monday December 11, 2017 at 11:59pm EST. One winner will be chosen. By entering, you are subscribing to two newsletters – the Pure Textuality PR reader newsletter and Amber Lynn Natusch’s newsletter – and are agreeing to receive occasional emails from both. 2 responses to “Tour and Giveaway: Beyond the Shadows by Amber Lynn Natusch (@puretextuality, @AmberLNatusch)”