I’ve loved STAR WARS since I was a kid, b/c my dad loves it, and my dad hates everything. Seriously, in the last ten years, he’s been to a movie theater exactly once, and it was to see the first installment of THE HOBBIT trilogy (which he hated).

But he loved STAR WARS, as did all of my uncles, and their excitement was contagious.

The problem with loving something through osmosis is that it can be a superficial love.

You didn’t discover it yourself, so you don’t have that sense of pride, of ownership, at having stumbled onto something new and wonderful, and lacking that ownership, you don’t look too closely at that love.

You just love it. Inexplicably.

Jimmy Kimmel had the director and most of the significant cast from THE LAST JEDI on his show Friday, and watching him try to pry information about the film out of them spawned something in me . . .

Suddenly, I too needed to know ALL THE THINGS. Which was awkward, b/c I hadn’t thought about THE FORCE AWAKENS since I saw it in the theater two years ago, so I remembered basically nothing.

IMPORTANT things I’d forgotten about THE FORCE AWAKENS (which means there will be TFA spoilers, so if you’re the one person who hasn’t seen it, you’ve been warned):

1. Kylo Ren and Ben Solo are the same person and the offspring of Han and Leia.

Yes, really. I forgot that. *shakes head at self*

I’m of the granddaughter-of-Obi-Wan-Kenobi school of thought.

3. We don’t know much (anything?) about Snoke’s origins which is also a Big Deal.

4. We don’t know what the Knights of Ren are. 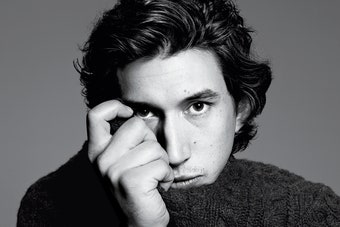 It was the Ben Solo thing that started me down the rabbit hole. I googled it and got a bunch of links to fan theories on YouTube, and there went my Saturday.

Most of what I found was a mixed bag. These dudes are serious about STAR WARS, and it’s kind of hilarious to listen to fanboys explaining in a scholarly fashion why they absolutely believe in one theory over another. One guy in particular took his evidence gathering way too far . . . In regards to Reylo (which I’m 100% convinced is legit), after listing half a dozen excellent reasons to support this theory, instead of quitting while he was ahead, he kept listing flimsier and flimsier reasons. Like heart shapes everywhere—literally, the shape of a heart—in the tree limbs that are in the background of where they met. *rolls eyes*

Even so, my curiosity was further peaked, b/c in the formulation of their theories, they weren’t just citing the films. There were comic references, quotes from novels, and even clips from the animated CLONE WARS series.

The amount of STAR WARS stuff is astounding. And overwhelming. Attempting to read the backlog of novels is something that not even I’m willing to attempt.

The recent stuff? Like Chuck Wendig’s AFTERMATH trilogy? I’m totally down for that. In fact, I’ve already listened (yes, listened) to the first book, and it was bloody fantastic. Mr. Bones might be my new favorite android. “Roger, roger!”

And I doubt I’ll stop there. I didn’t much care for Claudia Gray when I first read her YA urban fantasy ten-ish years ago, but her STARS WARS books have gotten excellent reviews, as has THRAWN by Timothy Zahn. *happily reads SW books while free falling down aforementioned rabbit hole*

And yes, I already have my tickets to THE LAST JEDI. Saturday, December 15. 7:30 pm. Where’s a countdown when you need one?

What about you? Do you love STAR WARS? What is your biggest question about the current film trilogy? What SW book do you most recommend?