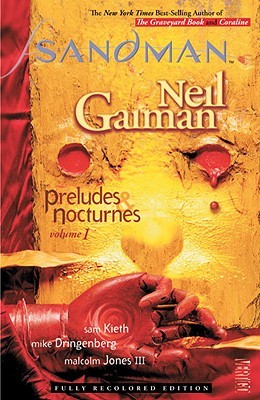 New York Times best-selling author Neil Gaiman's transcendent series SANDMAN is often hailed as the definitive Vertigo title and one of the finest achievements in graphic storytelling. Gaiman created an unforgettable tale of the forces that exist beyond life and death by weaving ancient mythology, folklore and fairy tales with his own distinct narrative vision.

In PRELUDES & NOCTURNES, an occultist attempting to capture Death to bargain for eternal life traps her younger brother Dream instead. After his 70 year imprisonment and eventual escape, Dream, also known as Morpheus, goes on a quest for his lost objects of power. On his arduous journey Morpheus encounters Lucifer, John Constantine, and an all-powerful madman.

This book also includes the story "The Sound of Her Wings," which introduces us to the pragmatic and perky goth girl Death.

Includes issues 1-8 of the original series.

If you haven’t grown up reading graphic novels, and you don’t have some inherent knowledge of ALL THE THINGS, you slowly but surely develop a list of series you absolutely must read.

At the top of that list, just under Alan Moore’s WATCHMEN and Frank Miller’s BATMAN: THE DARK KNIGHT RETURNS, is Neil Gaiman’s THE SANDMAN. 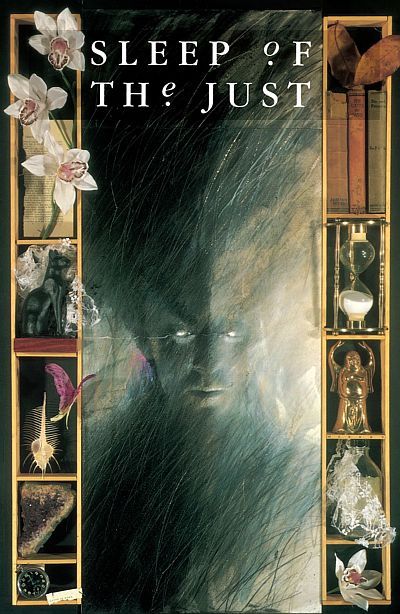 I do not know why.

Admittedly, I’ve only read this first volume, and in the dozen or so volumes that follow, whatever it is that makes this series such a big damn deal could very possibly reveal itself . . . 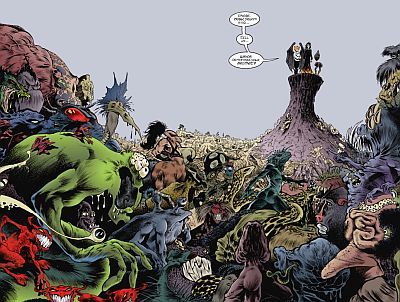 The basic premise is this: some 1920s occultists attempt to summon and enslave Death. Instead they get Dream. They lock him into some kind of glass prison and demand he do all sorts of crazy shit to secure his release, but Dream is immortal and infinitely patient, so he says and does nothing. A hundred(ish) years later, Dream is freed.

You: Wow, a hundred(ish) years is a long time. Must’ve been a pretty epic prison. How’d he get out?

Me: He slumps over and pretends to be dead. Or something.

You: That’s it? That’s how he gets away? 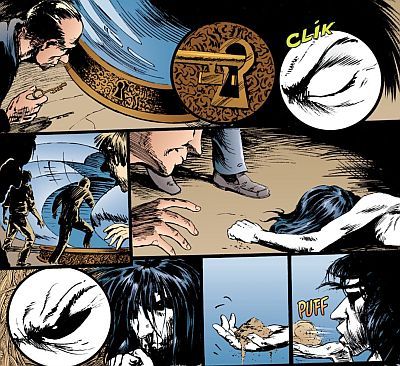 And his original captor is dead, so he gives the heir a lifetime of bad dreams as punishment.

Okay, so it is depicted as being super awful, but somehow melty faces struck me as more cornball than menacing. 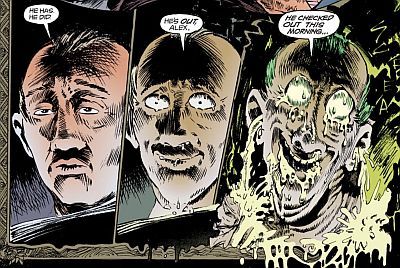 Anyway, after he escapes his prison, Dream goes on a retrieval mission to locate his “tools.” Apparently he poured himself into the tools during their making, and without them he’s borderline powerless.

You: Where are they?

Me: According to the (nebulous) Fates, his sandbag was last in the possession of John Constantine, a demon has his weird bug-face helmet, and the Justice League confiscated his ruby. 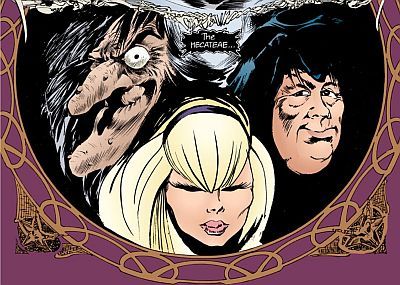 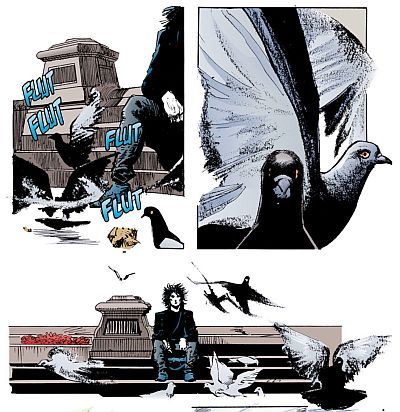 Then his sister (Death) shows up and gives him a pep talk, he gets his mojo back, the-effing-end.

So do I read volume 2? Do I see if this entire first volume laid the foundation for future greatness?

2 responses to “Review: The Sandman, Vol. 1: Preludes and Nocturnes by Neil Gaiman”