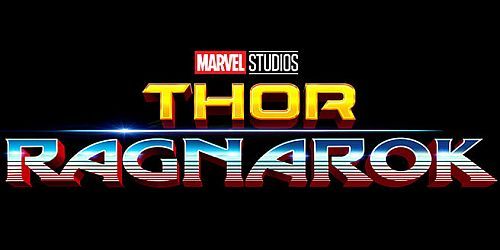 For the handful of people who need a better reason than that to see THOR: RAGNAROK, under normal circumstances, I’d say something like, it’s the best Marvel movie in years. But Marvel movies have been exceptional of late, so I’ll just say the newest installment of the THOR franchise continues the trend.

And I don’t even like Thor all that much. #teamloki

1. Yes, I am blonde-haired and blue-eyed, but I’ve never been attracted to people resembling myself. *shrugs* Also, I like ‘em leaner and less smashy (I repeat, #teamloki).

3. But mostly it’s how smashy he is. I infinitely prefer Iron Man or Bruce Banner b/c thinkers, or even Captain America b/c unbreakable moral compass.

THOR: RAGNAROK is frickin’ hilarious. The whole movie, not just the clips from the trailers, and most of that hilarity is at Thor’s expense.

But my personal favorite was Thor’s recounting of Loki trying to kill him when they were children. View Spoiler »”He turned himself into a snake, b/c he knew I loved snakes, so I picked him up, and he turned back into himself all like, ‘it’s really me,’ then he stabbed me.”

Pan to Loki who’s grinning like, yeah, I did that.

She’s so diabolical that I didn’t mind the fact that I’m 99% sure she’s a completely made up entity. If there is a goddess named Hela in the Norse pantheon, she’s not Odin’s firstborn, the goddess of death.

Okay, yeah, anytime Banner turns into Hulk, it’s scary. What’s he gonna break before he calms back down? Things? People?? And it was even scarier this time (b/c reasons).

It was also really, really funny. COME ON . . . We all knew View Spoiler »he’d snap out of it eventually, and it wasn’t until after he did that we realized just how scary that particular transformation was.

The question now: is he gone for good?

Except not really, b/c once again, we all know he’s still in there. Black Widow will have to cry or something, then he’ll be back, good as new. « Hide Spoiler

5. They turned Ragnarok on its head.

This is my favorite part, incidentally. View Spoiler »I love how the goal wasn’t preventing Ragnarok—you can’t stop that kind of prophecy—but they turned it to their advantage.

Yes, it sucks that Asgard is destroyed. But how much more would it suck for Asgard to remain intact with Hela in charge? B/c Thor couldn’t kill her. Not even with his glowy eyes and god-of-thunderness.

So what did he do? Send Loki into the vault to dothething that started Ragnarok (also true to prophecy), and let Hela go down with the ship, saving his people in the process. « Hide Spoiler

It was a shockingly insightful move. Hmm . . . maybe there’s more to Thor than I was giving him credit for.

SO. If you haven’t already, go see it. It’s awesome. And when are you going to have another opportunity to see Karl Urban play a Bad Guy? That just doesn’t happen every day. Highly recommended.