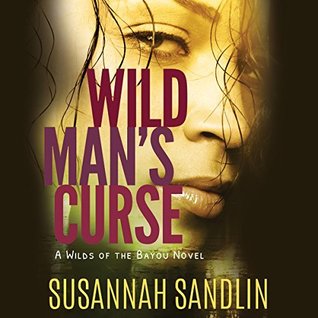 The bones said death was comin’, and the bones never lied.

While on an early morning patrol in the swamps of Whiskey Bayou, Louisiana wildlife agent Gentry Broussard spots a man leaving the home of elderly Eva Savoie—a man who bears a startling resemblance to his brother, whom Gentry thought he had killed during a drug raid three years earlier. Shaken, the agent enters Eva’s cabin and makes a bloody discovery: the old woman has been brutally murdered.

With no jurisdiction over the case, he’s forced to leave the investigation to the local sheriff, until Eva’s beautiful heir, Celestine, receives a series of gruesome threats. As Gentry’s involvement deepens and more victims turn up, can he untangle the secrets behind Eva’s murder and protect Celestine from the same fate? Or will an old family curse finally have its way?

From award-winning author Susannah Sandlin comes the first book in the Wilds of the Bayou series.


Louisiana, especially New Orleans, is the setting of so many good paranormal stories. This book goes beyond New Orleans and sets the story among the Cajun and Creole people of the bayou instead. Savannah Sandlin, also known as Suzanne Johnson, has written a romantic suspense tale that has just enough paranormal elements to qualify this as a paranormal mystery-but not necessarily a paranormal romance. It definitely qualifies as a romance though-if that makes sense.

Celestine, also known as Ceelie, becomes heir to her aunt’s small cabin located on the bayou. She’s a singer in Nashville and down on her luck, so she goes back home to Terrebonne Parrish to bury her aunt and live in the cabin until she can figure out what to do with her life. Her aunt had been brutally murdered in the cabin and her body had been found by state wildlife agent Gentry Broussard during a routine safety check on the old lady, also known as a voodoo practitioner. To make things even more interesting, Gentry had spotted the murderer leaving the woman’s cabin, and he was the spitting image of his brother, the one he killed in the line of duty years before. When Ceelie and Gentry meet, it’s not long before both realize that they are interested in each other romantically. But first they have to deal with a sadistic murderer that keeps coming back to Ceelie’s cabin to try and intimidate(scare) her to leave.

Ceelie was an interesting character. She was taught the old ways by her aunt when she was younger and even back then, her aunt knew that the “sight” was strong in Ceelie. She learned to throw the chicken bones and although some of the rituals are hazy in her mind now, she still can interpret the bones. And these bones were not lying when they said that both her and Gentry were in extreme danger. She’s a talented singer/songwriter and is beautiful as well. Gentry is an alpha male type, one with a heart, and one that owns a French bulldog that he rescued. He becomes first very protective of Ceelie and then enamored by her the further into the mystery they go. The feeling is mutual on Ceelie’s part as well. Gentry’s partner, Jena, is also integral to the story and becomes a friend to Ceelie.

The story has a bit more police procedure going on with Gentry and Jena than romance with Ceelie. And that’s how it should be in a realistic murder mystery. There is plenty of time spent with Ceelie as well though, as she is, of course, the heroine. When the story starts to get a bit steamy, most of it happens behind closed doors, but I still found it a sweet romance between the two. The book is full of quite a bit of action, but with a fair balance of downtime away from the action as well. Interestingly, there is also a family curse that Ceelie has inherited as well.

This was my second listen of a book by this narrator, Elizabeth Godley. Both books take place in Louisiana and she does try the accents. In the prior book, her men’s voices weren’t a favorite for me. This time she didn’t try to do as much with the men’s voices so it was a better experience for me. Narration 3.5 stars

This is part of a series, but from what I can tell from the sequel’s synopsis, this one can standalone. Recommended to adult readers, 16 plus. Good story!