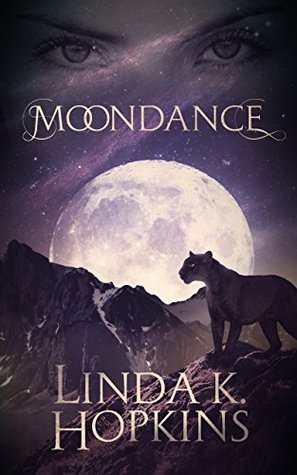 Unlike any shapeshifter romance you've ever read!
Handsome, alluring, and a little dangerous, Melissa Hewitt's boss can barely manage to acknowledge her. But there is something about Leander Garrett that makes him impossible to ignore. He is not the only thing plaguing Melissa’s thoughts, however; a huge panther, as black as night, pursues her relentlessly through her dreams.

As winter turns into spring, Leander’s chilly demeanor begins to thaw, but danger prowls through the mountains, and Lee has a secret that lurks beneath his elegant clothes and rippling physique. Something that compels him to reject what he desires the most.

Can he learn to see the good in himself and finally allow his heart to love, and be loved in return?

This is one of those books that you read and then have a heck of a time trying to figure out how to review it. I liked the book, but one aspect of the book is something I have encountered in only two other shifter books and both of those I lowered the number of stars due to that aspect. Somehow, this one had a different take on how the author handled it and it made more sense than in the other two books. The author also explained why she stayed true to her world building at the end, and it made even more sense to me. Intrigued yet?

Melissa works as a human resource analyst in a company. The golden boy at the company is Lee, someone she used to be close friends with six years previously. He dropped her as a friend back then for seemingly no reason, and treats her with disdain. On Melissa’s part she doesn’t understand it, but she loves her job and puts up with it. Pretty much out of the blue, Lee starts talking to her again and reluctantly Melissa goes out with him. But he keeps pushing her away and then coming back. Melissa is understandably upset, but sticks with him-that is, unless he’s busy pushing her away. When she finally finds out his secret-that he is what he terms a Changer and that he changes into a black cougar or panther, she is pretty blown away-understandably. So that’s the set up. The reader is then treated to their growing romance and along the way, many problems pop up for the couple due to Lee and his beast. Most of the problems are pretty major actually, and gave the story some scary moments and action at times. Some of this was predictable, but I did enjoy how the author handled everything.

I really liked the main characters. Melissa had real emotional reactions to everything, so it wasn’t like she immediately embraced Lee’s differences. It really was refreshing when some authors just let it be almost normal. There’s nothing normal about finding out your boyfriend has a beast inside him, and oh yeah by the way, he can come out and play when he wants to! Interestingly enough, Lee feels the pull to change with the full moon, but also feels it when he is around Melissa. Lee’s smart, and a good guy, but he is tortured by what he is. He feels he needs to keep Melissa safe, so he pushes her away.

World building? Lee doesn’t belong with a group of other shifters, in fact, because of the way it started way back in time, he probably is the only one in existence right now. I liked how the author explained the beginnings for how he came to be a changer. There’s more world building, but I am not going further into it. Suffice it to say, some of it was surprising and not every reader will be on board with it.

If you are looking for a paranormal romance with sex scenes around every corner, this isn’t it. And when sex does happen, it’s not really explicit, but the door isn’t closed either. I was okay with that because it was necessary to the world building. This is definitely not your normal shifter book, but in a way, that was refreshing for a change. Maybe uncomfortable at times, but still I didn’t hate it. And I didn’t love it. This is recommended to open minded adult, paranormal romance readers, ones that don’t mind something out of the ordinary.


FYI-After writing this, i noticed that GoodReads does tell the secret at the end of their synopsis, so if you want to know, you can go there.