Have you guys noticed the recent uptick in new and improved versions of popular novels?

This phenomenon seems to manifest in one of two ways:

1. Chain stores like Barnes & Noble and/or Target offer versions of a new release with additional content specific to their version.

In my experience, the answer is a resounding NOPE.

The biggest problem is finding out about these extra content versions. I recently spent an inordinate amount of time on both the B&N and Target websites trying to find a definitive list of said books, and from what I could determine, Target simply doesn’t have one and B&N doesn’t have a way to narrow the search parameters, so you’re stuck manually scrolling through page after page of books that don’t interest you in the hopes of stumbling over one that does.

This lack of information is why many readers don’t find out that different versions exist until after they’ve already purchased the regular version.

A few years ago, when I first heard this was happening, it didn’t matter. My inner fan girl demanded that I have ALL THE THINGS. So I ordered duplicate copies and chortled happily when the super special version arrived, which back then almost always meant an unpublished short story . . . And then a year later an anthology of short stories that included my super special exclusive story would be released, so I was stuck with two copies for no good reason.

This happened more than once.

A secondary problem exclusive to Target is that Target.com is actually a separate company from Target-the-store.

You: How u know dis thing?

Me: B/c the super special version of HARRY POTTER AND THE CURSED CHILD I ordered arrived without the super special extras, and when I took the not-so-special-after-all book and invoice to the customer service counter of my local store, they couldn’t do anything. B/c different companies.

It is also of note that the reason I went to the physical store is b/c Target.com removed the listing of the super special version. There was also something wacky about digital invoice. I no longer recall the specifics, but basically there wasn’t a way to address the issue online. 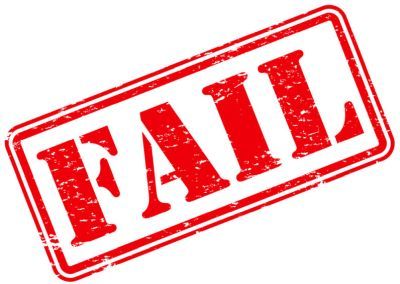 SO. I’ve pretty much abandoned my pursuit of any version that isn’t the way-cheaper-on-Amazon.com-and-delivered-on-release-day version.

The one exception I might at some point find myself making is for the most recent manifestation of super specialness that includes pretteh fan art on the inner covers. B/c that’s just cool.

Only if I find out about its existence before I already own the normal version.

I’ve stumbled across this type of thing during on exploits on Amazon of late. So far the only one to peak my interest is A DARKER SHADE OF MAGIC by V.E. Schwab which includes a glossary of terms, never-before-seen stories (yes, plural) from the SHADES OF MAGIC world, and an interview between Schwab and her editor.

Undetermined. But I’ll probably be able to tell you soon b/c glutton for punishment who never learns her lesson.

I also admit to owning three complete sets of HARRY POTTER, as well as the Slytherin Edition of HARRY POTTER AND THE SORCERER’S STONE, and the first three installments of the as yet incomplete illustrated versions. #cantstopwontstop

BUT. I will not be falling prey to the 10 Year Anniversary version of CITY OF BONES by Cassandra Clare or the Collector’s Edition of RED QUEEN by Victoria Aveyard.

PS: during the creation of this post I discovered that there is in fact a B&N Special Edition version of the Collector’s Edition of V.E. Schwab’s A DARKER SHADE OF MAGIC (TBR 10/31/17). If you’re interested.

What about you? Have you bought the special editions of your favorite books? Do you think it’s worth it?