Why I Prefer Stomp Over Romp!

Hello there! Jess Haines here. I’m a USA Today best-selling author who writes about all the furred, fanged, and clawed things that go bump in the night.

However, I personally find the building tension in a story more delicious than anything, and what builds it more effectively than being forced by circumstances outside your control to save something bigger than yourself? Bonus points when you’re going up against impossible odds. In those circumstances, thinking with your naughty bits (usually) won’t save the day. I don’t know about you, but I’ve yet to see a vaj or ding-dong exciting enough to stop the charge of an oncoming horde of demons, even if it is vajazzled up the wazoo. (If this is your first time hearing this term, trust me, you don’t want to Google it. Think of bling on your thing and you’ve got the picture.)

Of course, there are exceptions on occasion, where sex is a necessary part of the equation—Anita Blake and her ardeur, succubus or incubus characters like Jackie Brighton from Jill Myles’ Succubus Diaries or Brystian from the Abbie Sinclair series by Allison Pang—but when it comes down to it, I’m more interested in seeing the characters work on saving the world instead of refining their technique in the bedroom.

There is an art to writing a good fight scene, and the choreography can be just as intricate as avoiding the relationship pitfalls in the romance department. The best part? After saving the day, the heroes can get down and dirty to their heart’s content, and sometimes it is far more dirty than anything you’ll see in a romance. Take Yasmine Galenorn’s Otherworld series, for example. One of her characters, Camille, has three husbands. Three! Camille kicks ass and takes names, and still finds the energy to do some squat thrusts in the cucumber patch with all three men. Sometimes at the same time. I mean, damn, girl! Yet her books are firmly in the urban fantasy genre, as the three sisters fight to save their livelihoods, their friends, their homes, their worlds.

It’s far more satisfying watching the hero overcome the obstacles in their way with a clever hand combined with a good fight, as with Gideon in the Deathspeaker Codex or Harry Dresden in the Dresden Files. Experiencing their struggles, feeling their pain, exalting in their triumphs—it all boils down to heart-pumping, pulse-pounding fun that can’t be beat by a bit of “I have some deep, terrible secret I can’t tell you but I’m going to grow closer to you anyway and ultimately send you huffing off straight into danger as soon as you find out I’ve been keeping things from you” nonsense.

Or how about the uncertainty of whether that vampire or werewolf wants to jump your bones or eat your face? There is a whole world of possibility in the urban fantasy bedroom scenario that might result in filling the gas tank in a completely different sense than what you’ll see in a paranormal romance. That element of danger is what excites me, far more than the same old “insert tab A into slot B after terrible misunderstanding/FEELScrisis averted”.

I don’t need sunshine and rainbows, I need an adventure. Give me the adrenaline, give me the battles, give me the excitement of slicing through your opponents by any means necessary! Let me escape into another world for a while, one where a kickass hero outsmarts the bad guy, where the struggle to balance your personal life and supernatural one is a true challenge, one where everything is at stake. After the danger has passed, we can get on with the romp—until then, let’s get on with the STOMP!

If you’d like to check out my work, I wrote the H&W Investigations series—urban fantasy novels about Shiarra Waynest, a human private investigator in an alternate, present-day New York. Somehow she keeps getting pulled into supernatural troubles way above her pay grade… I also have two new series. The first book for Blackhollow Academy, which follows the adventures of young magi (think wizards) who are on the hunt for their first familiars, is available now with the second lined up for early 2018. The first book in Phoenix Rising, about a rare books dealer, transformed into a phoenix by a thieving wizard, who must reunite with her ex to find a stolen tome so she can be returned to normal–and save the world in the process—released on August 22nd.

Thanks for reading, and let me know what you prefer—stomp or romp? As you can see, I am firmly aboard team STOMP! I'm a USA Today and international bestselling author. I consider myself a displaced New Yorker with a penchant for the silly, the obscure, and the fantastical. These days, you can find me in the Tampa area. I'm currently working on the H&W Investigations urban fantasy series and the Blackhollow Academy young adult/new adult contemporary fantasy series. Find out more about my books, drop me a line, or join my mailing list on my website. 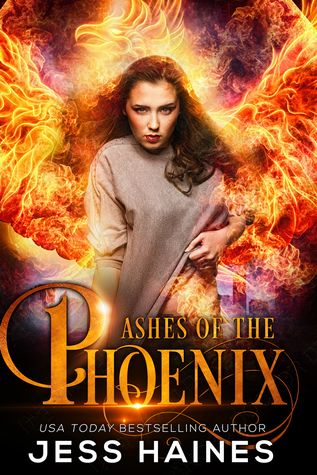 Lyra Adams enjoys her job as a rare books dealer, but when an angry wizard barges into her store and demands she fork over a unique tome from the antiquities section, she’s not about to let him get away with grand larceny without a fight.

Except it’s suddenly very difficult to defend her wares, seeing as the wizard turned her into some kind of weird red bird by flinging a handful of ashes in her face.

Her only hope of returning to her normal, human self lies in the hands of the one man she never wanted to see again: her lying, stealing, sorcerous scumbag ex, James Pierce. The same light-fingered thief who tried to steal that very same tome from her a few days before.

She knows she can’t trust James with her heart or her inventory. Can she trust him to turn her back?