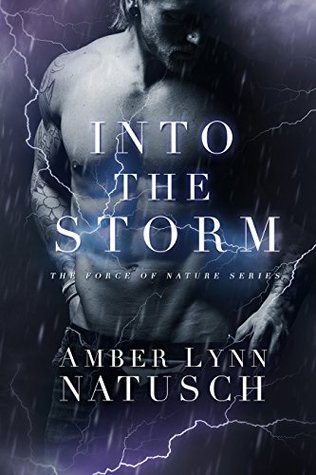 When Piper Jones fled New York for a secluded mountainside in Alaska, she thought she was safe from the back-stabbing, supernatural drama of the city. Now she's back, with the sexy werewolf Alpha Knox, his pack, and her grizzly bear sidekick for backup. But Piper's plan to get closure is derailed when her vampire mate Merc is abducted, forcing her to form a shaky alliance with a warlock lord.
Faced with death threats, romantic entanglements, and dubious allies, Piper is running out of time before someone she loves becomes the latest casualty in a never-ending war...

Seems like I have been waiting forever for this book. It shouldn’t because there’s been one from another series by her in between, but still, the first book was so awesome, I couldn’t wait for this one to publish. Just a heads up, there will be spoilers from the previous book if you haven’t read that one yet. I really recommend reading it, as it’s so good.

Piper has just moved back to New York City from Alaska, bringing Knox and his whole werewolf pack with her-oh, and a certain black bear has come with her as well. Grizz-one of my favorite characters. But coming back to New York has it’s own share of problems, because that’s where the vampire she is blood bound mated to lives. Merc and Piper have a major history together, including a night of horrible violence, hence the reason she moved to Alaska. She loved him, but after the “incident” she tries to move on in a relationship with Knox. Now that she knows that Merc wasn’t exactly himself when the “incident” occurred, she doesn’t know what to think, because she loves them both. Love triangle yes, but not an intentional one. Now the supernatural of the city are on the brink of an all out war, and of course, Piper and all her loved ones are involved up to their necks in it-Piper in particular.

Piper is such a bad ass, plain and simple. We learn more about her heritage and slowly begin to fill in the gaps about why she has the powers she wields. We are introduced to Drake, a warlock who begins to train Piper to control her powers. The Vampire King is up to something and Piper isn’t scared, and should be. And the Fae are involved in lots of the bad that happens. In this authors world building, there is a Fae Queen and Fae King and they are separate entities with their own agendas-and not good ones. Knox and Merc have their own dark secrets and we do learn some of them. Kat, Piper’s best friend and a werewolf, is throughout the book and has more than her share of problems. Of course, I must mention Grizz. He’s Piper’s self proclaimed(although he doesn’t talk)bodyguard and refuses to leave her side. And he’s a bear with an attitude!

I was team Knox and I still am-probably-however, Merc has redeemed himself to me quite a bit. He’s so dark and brooding and Knox is so just the opposite. I am really curious how the author is going to resolve this. The threat of war and all the beginning salvos make up the rest of the book. And so much action and violence as well. Throw in a bit of romance(and a bit of steam), a bit of mystery, portals to Faerie, and this book was hard to put down. Well written and paced, this one was a page turner for me, as is pretty much any book by this author.