I Like Sex, But I Love A Kickass Woman More

Don’t get me wrong; I like sex just as much as the next girl. As much as I like sex, though, I love a kickass woman more. If a guy is strong enough—and tough enough—to handle a woman who is just as strong and tough, then the sparks are gonna fly in my books.

Many of my books are (mostly) told from the heroine’s point of view. Lissa, the MC in my first published series, Blood Destiny, was made vampire on a bet. The two who kidnapped and turned her, imagined she’d be weak and malleable—someone easy to destroy once the bet was won or lost.

They—and the Vampire Council—learn that nothing could be farther from the truth.

In a later series (First Ordinance) a female character (Zaria) is hired to act as a bodyguard for the Avii Queen. Her records indicate she’s a Third-level Karathian witch. Here’s the scene where her talents are being tested:


Yes, asshole Ironsmith had stuck around to see how long it took Caylon Black to wipe the grass with my remains. If he’d been the least bit polite, I might have assigned a less judgmental name to him.
He insisted on being an asshole, which not only upset me greatly, it made me question—again—why I was and where I was.
“I have not trained with blade or bow, Sursee Black,” I said, bowing properly to him in the Falchani way. “All I have is the power granted to me by my race and a sharp tongue, if the Prince is to be believed.”
Caylon Black stood, unmoving, on the grass within Avii Castle’s great, glass bowl. He studied me carefully. When he moved, he moved swiftly, throwing the knife so it would graze my ribs.
It would have left a shallow, bloody cut behind—if it had hit me.
It didn’t.
The knife stopped halfway between us; I’d left it hanging in midair. With hooded eyes, Caylon stepped forward to retrieve the knife, only to yelp and drop it to the ground—I’d heated it, handle included, hot enough to burn skin.
I could have done so much more, including a poison that would have rendered his hand useless from now on, but that I held in reserve.
“What the bloody hell?” Ilya thought to intervene. I slapped a bubble shield about him—one meant to rotate as he attempted to walk closer. Like a hamster in a ball, he walked in place until he realized the trap. I had no intention to hurt him; I only wanted to stop him in his tracks.
“Sursee Black, is there anything else you’d like to see?” I asked.
“You see this?” he held up his burned hand.
“Aww, I can fix that,” I declared. Walking forward, I took his hand in mine and healed the burn, leaving pink, healthy flesh behind. He blinked as he flexed his hand—the pain had disappeared.
“Karathian Witches who can heal are extremely rare,” he breathed.
“Yeah. I get that,” I said. “It’s just a sideline.”
“I believe Ilya is shouting,” Caylon pointed out.
I turned toward Ilya, who was still inside his bubble and fighting to get out. “And he’s a Fifth-level,” I muttered, removing the bubble with a thought.

Yep, I like my women like I like my men—tough as nails and not willing to sit back and let anybody fight their battles. The sex afterward is always worth it! Connie Suttle is the author of the Blood Destiny series, the Legend of the Ir'Indicti series, the High Demon Series, the God Wars series and the Saa Thalarr series. Other titles are scheduled for release very soon.

Connie earned her MFA from the University of Oklahoma and has taught courses at the university level. Reading (and writing) have been a constant throughout her life.

The author lives in Oklahoma with her patient, long-suffering husband and three cats. Obviously, the cats are not so long-suffering and are certainly not patient. 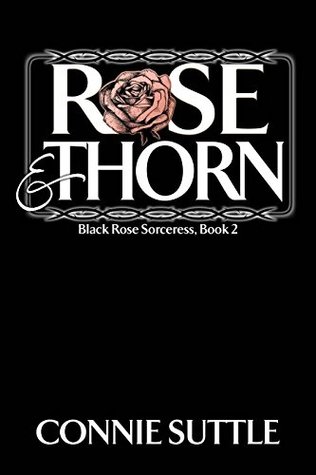 I felt defeated. Helpless. If Sherra were alive, why didn’t she mindspeak to tell me so? Every day, I floundered against that notion—that if she were alive, she’d have contacted me by now.

“Don’t give up, Thorn,” Hunter said softly. “We don’t know everything there is to know.”

“Hunter, every day reminds me of how little we actually do know.”

Sherra has not returned to the King.

Seven months have passed and Kaakos, Ny-nes’ leader, is rebuilding his army. His plan is to unleash an onslaught against Az-ca—in retaliation for the destruction of his troops and weapons.

In Az-ca, the King’s health is failing, the enemy is on the march and Merrin and his rogues have forged an alliance with enemy infiltrators. Will the Crown Prince be forced to deal with attacks from both sides, without Sherra’s help?

Will Az-ca survive if Sherra is dead, as so many believe?