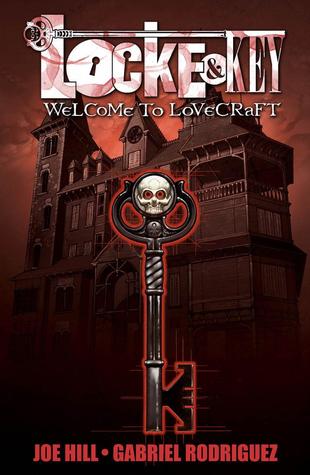 The Eisner-nominated Locke & Key tells of Keyhouse, an unlikely New England mansion, with fantastic doors that transform all who dare to walk through them, and home to a hate-filled and relentless creature that will not rest until it forces open the most terrible door of them all!

LOCKE & KEY is super popular as far as graphic novels go—it’s near the top of every Goodreads best-graphic-novels-in-the-history-of-ever list—so I snagged it despite my usual avoidance of all things horror . . . I really shouldn’t have. Not b/c horror, although it was pretty horrific at times, but b/c it was pure chaos.

The plot was poorly explained. For most of the collection, I was pulling my hair out, trying to figure out what was going on. Hell, maybe that was the point. Both teenagers and violence are chaotic, and those two things are the source of three-fourths of the content. The remaining fourth was spent on a creepy house in Massachusetts and the manipulative female creature of nebulous origin and intentions who lives in the well house. *edvard munch face* 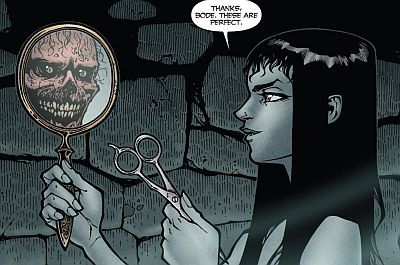 A big part of the problem was the changing POVs. There wasn’t enough content to justify that many perspectives, and the second I felt like I was getting a handle on the situation, boom, new POV.

It didn’t help that all three were slit-my-wrists depressing. Not that the in-the-depths-of-despair angst wasn’t warranted—the three POVs in question are all siblings who recently witnessed the brutal murder of their farther, by a classmate—but depressing and chaotic is an unfortunate combination.

SO. Not my favorite, and frankly I’m baffled by its extreme popularity. Not recommended.