This is Shana Figueroa’s first visit to Rabid Reads, but rest assured that it won’t be her last! RECKONING, the third installment in her VALENTINE SHEPHERD series, is out in the wild today, so if you want to know more, be sure to read the excerpt and enter to win 1 of 15 eBook copies. Otherwise, check back in August when she goes head-to-head with a fellow author for the fifth year of STOMP VS ROMP!

Val forced herself to relax. “I need to run an errand,” she said, though it came out a little bitchier than she’d intended. She tried to tone the hostility down. “Are you…going to be okay here with them? Alone?”
Jamal nodded. “Yes, ma’am—Val—uh, ma’am.”
She took a step toward the door, then turned back. “You’ve got everything you need, right? Their nap schedules, their favorite books, their lunch and snack foods—”
“Yes, I’ve got it. I wrote it all down,” he said in a gently reassuring tone. She’d need to get used to that voice, and train herself not to mistake it for condescension.
“And it’s one snack before lunch. Don’t let them trick you into giving them an entire package of Oreos. They’re more clever than you might think.”
“Oreos on lockdown. Clear as crystal.”
“You remember all the codes for the locks and alarms on the house, right?”
“Uh-huh.”
“And you’ve got my number if you need anything?”
“I sure do.”
She nodded, walked to the living room’s threshold, stopped, and turned again. “Don’t let anyone in here who isn’t Max or me, no matter who they say they are. I mean it.”
Jamal smiled again—he did that a lot, maybe because he had nice teeth—though a hint of uncertainty tainted his friendly gaze. Probably wondering what the hell he’d gotten himself into. “Yes, ma’—Val. I won’t let anyone in.”
“No one.”
“Got it. No one’s coming through that front door, not on my watch.”
She should’ve left then; instead, she stared at him until a bead of sweat trickled down his temple.
Simon broke the standoff. “We’ll be fine, Mommy. Go talk to the cop.”
Val softened a bit at that. If Simon knew he and his sister would be fine, then they’d be fine. As long as she didn’t inadvertently change the future, what he’d seen would come to pass. Val embraced them both in long hugs, kissing their foreheads. She thought they might cry when she left; they didn’t. They knew they’d see her again soon. Still, when Val walked to the door leading down to the carport and grasped the doorknob, she saw her hand shaking. She’d never forgive herself if something happened to her babies while she left them with an overpriced babysitter. Would they really be safe without her? They’d have to be. Max was right—she couldn’t be with them all the time. She’d have to trust other people eventually, and that time was now. God help Jamal if he screwed it up, though.
Swallowing back a lump in her throat, Val forced herself forward, away from her children, into her car, out of the house, and back into the world she’d been hiding from for over five years. Tendrils from its black underbelly would likely rise up and try to seize her again. But there was no way around it if she wanted any chance to save her mother.
Time to go see the cop. 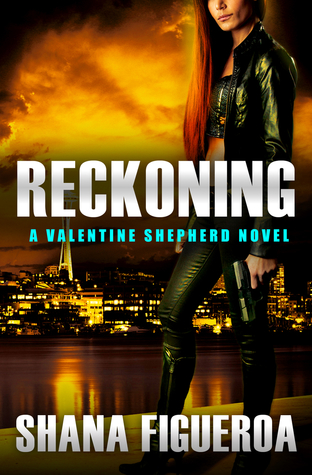