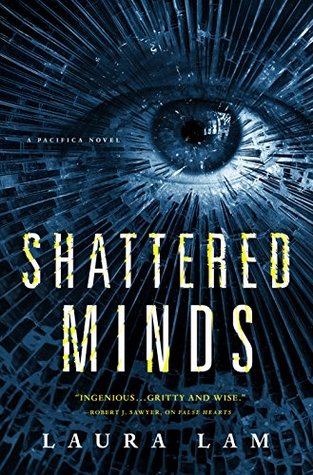 She can uncover the truth, if she defeats her demons

Ex-neuroscientist Carina struggles with a drug problem, her conscience, and urges to kill. She satisfies her cravings in dreams, fuelled by the addictive drug ‘Zeal’. Now she’s heading for self-destruction – until she has a vision of a dead girl.

Sudice Inc. damaged Carina when she worked on their sinister brain-mapping project, causing her violent compulsions. And this girl was a similar experiment. When Carina realizes the vision was planted by her old colleague Mark, desperate for help to expose the company, she knows he’s probably dead. Her only hope is to unmask her nemesis – or she’s next.

To unlock the secrets Mark hid in her mind, she’ll need a group of specialist hackers. Dax is one of them, a doctor who can help Carina fight her addictions. If she holds on to her humanity, they might even have a future together. But first she must destroy her adversary – before it changes us and our society, forever

I didn’t know what I was getting into.

Carina lives in near(ish) utopian(ish) future version of our world where the USA has been divided by war. Pacifica, the region that covers what used to be California, has practically zero crime . . .

As anyone with the most basic understanding of human nature knows, Utopia is an unrealistic daydream, and Pacifica is nowhere near as crime-free as the government would have its citizens believe.

The illusion is maintained by a drug called Zeal. This drug allows people to enter a make-believe world in which they can act out their deviant urges, returning to themselves sated of the need for violence.

So in all fairness, yes, crime has been drastically reduced for the average person.

For Carina? Not so much.

My only complaint is purely a matter of preference . . . There are certain scenarios that just don’t work for me. “Secret” identical twin siblings, for example. Anytime a Secret Twin makes an appearance as a plot twist, I . . . can’t. Similarly, anytime the major conflict involves View Spoiler »mind control « Hide Spoiler, I roll my eyes and grind my teeth. It’s just so . . . Pinky and the Brain.

But that’s my issue, (probably) not yours. And I loved it anyway. The second I figured out that SHATTERED MINDS is a companion novel for another book (FALSE HEARTS) set in this world, I downloaded it immediately.

Verdict: SHATTERED MINDS is the first book I’ve read of Lam’s, but it won’t be the last. Recommended for anyone who likes the sound of a gritty sci-fi lite thriller.