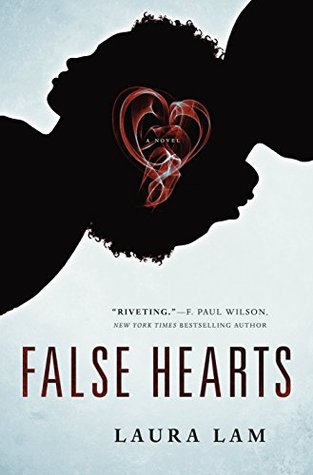 Raised in the closed cult of Mana's Hearth and denied access to modern technology, conjoined sisters Taema and Tila dream of a life beyond the walls of the compound. When the heart they share begins to fail, the twins escape to San Francisco, where they are surgically separated and given new artificial hearts. From then on they pursue lives beyond anything they could have previously imagined.

Ten years later, Tila returns one night to the twins' home in the city, terrified and covered in blood, just before the police arrive and arrest her for murder--the first homicide by a civilian in decades. Tila is suspected of involvement with the Ratel, a powerful crime syndicate that deals in the flow of Zeal, a drug that allows violent minds to enact their darkest desires in a terrifying dreamscape. Taema is given a proposition: go undercover as her sister and perhaps save her twin's life. But during her investigation Taema discovers disturbing links between the twins' past and their present. Once unable to keep anything from each other, the sisters now discover the true cost of secrets.

I vaguely recall seeing FALSE HEARTS around when it came out last year, but I wrote it off b/c conjoined twins—just one of those things I have no patience for. If I hadn’t read and enjoyed Shattered Minds, I doubt I’d have ever picked this one up.

And I have to be honest . . . Conjoined twins are only the beginning of the ostentatiously far-fetched scenarios in this book.

Teama and Tila grew up in faux-Luddite cult. That’s why they remained attached and sharing a single heart between them until they were sixteen and that heart began to quit. There are numerous references to their shuffling gait and they have a crush on a boy similarly impaired and it’s all very . . . cutesy in an extremely uncomfortable way.

Then there are the bizarre circumstances surrounding the isolation of their home. The government created a swamp b/c a journalist broke into the compound once upon a time? View Spoiler »Even knowing the real situation about the “journalist” and the product they were exporting doesn’t help sell that story (b/c one of many suppliers and a minor one at that). « Hide Spoiler

Why would a government do that? To placate a cult b/c infiltrated by the media?

It makes no sense.

But it flows well. Beyond the obvious, it didn’t register how willfully I was suspending disbelief until after the fact.

But ridiculous plot devices were only one of my issues—maybe it was my inability to fully immerse myself in the story, but I didn’t connect to the characters either. It was also fairly predictable, which is baffling considering my first complaint.

I finished it feeling skeptical and disappointed. This is one of those rare occasions where the second book is better than the first.

Verdict: not recommended unless you like carnivals with bearded ladies and the like, in which case, go for it. *does not judge*