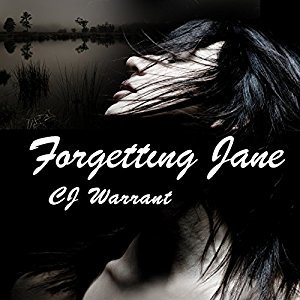 Amnesia and an unspeakable crime have stolen everything from Jane Doe except the haunting image of a girl in a yellow dress, which replays itself over and over in her mind. Small town cop Elias McAvoy is haunted as well, by the crushing guilt he feels over the deaths of two women, one by his own hand. He can't - he won't - let Jane down too. Together they delve deeper into Jane's case, battling against her memory loss, and an increasingly tangled web of lies and murder that span 40 years - and ties Elias and Jane together in ways they never imagined. As the mystery of the girl in the yellow dress unfold, so does Elias and Jane's love for each other. However, when the killer reappears, intent on finishing what he started, Elias must face his demons in order to save the woman he loves or lose her forever.

Imagine waking up in your own grave, sans the casket. That’s the premise of this ghost/serial killer/romance story. A lot going on isn’t it? I promise you, it all fits together nicely, and I enjoyed my time with this listen.

Jane, as in Jane Doe, doesn’t remember the circumstances of why she is in the grave. For that matter, she doesn’t remember her past or who she is. Hence the Jane Doe moniker. She has been beaten within an inch of her life (literally) and left for dead in a shallow grave. Elias is the new chief of police in town and he has a lot to prove due to some less than stellar instances in his background. These two are brought together under the worse of circumstances, but still manage to find an attraction to each other.

This was a pure romantic suspense story, yes, but it’s also a ghost story. Not everyone sees them though. Jane started seeing a little girl in a yellow dress almost as soon as she claws herself out of the grave. Only a couple of people see the little girl as well. It’s up to Jane to figure out what the young girl is trying to tell her, because the other main witness spends his time drinking to get rid of the sight. But that’s not the only ghost in this story.

To me, Elias has the bigger role to play in this story, and that’s because Jane is unconscious for several chapters at the beginning and then spends quite a bit of the time in bed. Elias has to work on the case and spend time at the police department, in addition to sitting by Jane’s hospital bed. And he does sit by her bed quite a bit. When the killer starts trying to kill Jane again, he makes the decision to hide her away from the hospital. Magda, an elderly nurse at the hospital, is another major character. She’s almost a surrogate mother to Elias and she becomes a fierce protector of Jane as she too goes into hiding to take care of Jane. Jane has no memories, so she has no past to tell about. She’s understandably scared to death and it takes awhile in the book for her to become strong enough to become a competent heroine of this book. Still, I did like her character, as well as Magda and Elias. We also get some of the killer’s prospective, not a lot, but some. And what we get is pretty chilling, so the villain was suitably scary for a suspense story. And of course, the author kept the whodunnit part secret, although I was right about my suspicions.

Narration? Through trial and error, I now listen to my books on 1.25x instead of 1. With this book, I had to go back to 1 because the narrator, Griffin Murphy, speaks a bit too fast for me. Since I am using a speed that Audible considers 1, I guess that’s not a valid complaint. Just throwing that out there for you. Other than that, I think the narrator did a decent job of it. My favorite voice was for Magda. He nailed her elderly voice with just the right amount of quavering. You knew immediately who was speaking, so that part was good. The narration, while not great, was still adequate and I would rate it 3.5/5 stars.

I do recommend this book to adult readers that like serial killer books, romantic suspense, and mysteries. Adult, due to sexual situations and extreme violence. The ghost aspect, while not a huge part of the plot, is important as well, and I thought it added to the story in a good way. Good story!