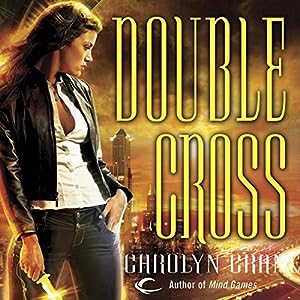 SOME SECRETS COME BACK TO HAUNT. OTHERS COME TO KILL.

Serial killers with unhead-of skills are terrorizing the most powerful beings in Midcity. As the body count grows, Justine faces a crisis of conscience…and an impossible choice between two flawed but brilliant men—one on a journey of redemption, the other descending into a pit of moral depravity.

This is the second installment of The Disillusionists series. Disillusionists are people who use their issues to help rehabilitate other people. The main character, Justine, is a hypochondriac. She uses that to ramp up the fear in other people. They use this to “reboot” the person they are trying to rehabilitate. In this book, Ez, has the power to get into people’s dreams and even control them when they’re sleeping.

Former police chief, now mayor, Otto Sanchez has gotten Packer and his group of Disillusionists to work on people he’s locked up behind barriers. Sanchez wants them rehabilitated before he’s willing to release them. He’s convinced that Ez was sending people out to cannibalize other people. However, it starts to look more and more like she was framed.

There is also a group of people killing the high-caps (people with special abilities, like Otto Sanchez’s ability to lock people behind forcefields). This group of serial killers are called “The Dorks”. Sanchez insists that killers can’t have cool names, but names that make them look weak. There is a list of names, similar to how they have names for hurricanes, that can be used. This is the best thing that Sanchez does in this book, at least in my opinion.

So, I really loved the mystery of this story. I loved how they not only learned more and more about Ez and her issues, but also the investigation into The Dorks. We also see Justine grow as a character, though it does take her a while to get there.

The part I hated the most about this book, the love triangle between Sterling Packard, Justine and Otto Sanchez. Love triangles are something that I can’t stand, but I was able to put my hatred aside for this story. I will be interested to see what happens in the next book.

Now, I will warn you, this book ends on a cliffhanger. Luckily, I don’t have to wait for the next book. I will be tackling it very soon. I can’t wait to see where The Disillusionists go from here. Some much came out in this book.

Narration
I really continue to enjoy the narration of this series. Rebecca Wisocky continues to do a great job with all the voices. I have to give her a big shoutout for the tone and pacing. When Justine starts to go into her panic, she starts talking faster and you can really hear that panic in her voice. Then when she comes down, the narrator goes back to a more normal pace.