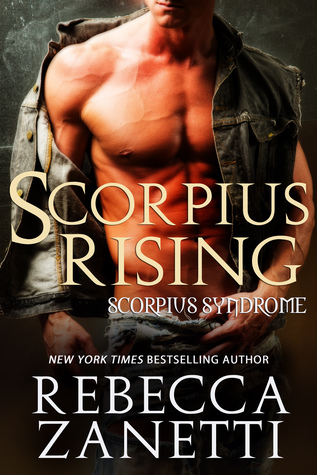 With a deadly disease spreading like wildfire across the country, microbiologist Nora Medina needs to focus all her energy on stopping the pandemic. Playing with dynamite—in the form of her way-too-hot ex—is the last thing she should be doing. ​But forced to work with Deacan McDougall against unexpected enemies with the seconds ticking by, she knows the explosion is coming...

So after reading the first book, I got a great tip from Sophia at Delighted Reader to go back and tackle the prequel. So that is exactly what I did. I’m so glad for it too. It was great to see how we got to where the world is now being infested with these people who are zombies, but not quite the same.

So in this story, we have Lynne Harmony, who is the heroine of the first book. But this is a story about her best friend and fellow microbiologist, Nora Medina. Nora is pulled away from her vacation. She quickly recognizes the voice that tells her “Get your ass in here” as on the plane. His Scottish accent was hard to miss. It was her ex-husband, Deacon McDougall. Deke wants her help to try to find a cure before they have to tell the world what is going around.

There’s a few things going on in this book besides the second chance romance between Nora and Deke. We learn how this infection is started. We also learn how Lynne gets her infamous blue heart. There is also the story of how the infection spread so quickly and why the government wasn’t able to keep it contained.

While all of that was going on, we do have the story of Deke and Nora coming back together. The issue between them was that Deke had a hard time coming back from the military. He was very demanding. While he has come to terms with being a civilian again, he is still pretty demanding. But he has also learned from his mistakes. He is a little less demanding. I think Nora also learned that some of his demands come from the right place, he just wants to keep her safe. He is still demanding, but in the situation they are in at this time, he has to work even harder to keep her safe. The world is much more dangerous now.

I really loved this story. I also loved Deke. I liked Nora. I really hope that we get to see more of them in future books. I know they were mentioned in book one, but Lynne didn’t know for sure where they were at. I should also mention that the relationship between Nora and Lynne was a great one too. Bring on the next book in the series.

However, I learned a long time ago that there are two types of people in this world.”
Deke turned for the door. “Do tell.”
“The kind who believes the ends justify the means, and the other kind.”
“Who are they?” Deke paused before opening the door and glancing at the older man.
“People who live the life they want because there are people out there, like us, making sure the ends justify the means.” Wisdom, right or wrong, lit George’s eyes. “For now, we claim the luxury of having two kinds of people.” He opened the door and clapped Deke on the back. “If we don’t get a handle on this infection, only one type of person will remain.”
A chill sliced into Deke’s temple. “Which one?”
“Survivors.”

Nora rolled her eyes and leaned closer to peer through the microscope lens. “You’re looking for a biological killer. Worry about my love life later.”
“Aha,” Lynne said, peering to look into a different microscope. “You said love. You luuuuv him.”
“Shut up,” Nora said without heat. “You’re one of the most respected scientists in your field, and you sound like you’re in junior high.”
Lynne snorted, the sound emerging tinny from the helmet. “Talk about protesting too much.” She paused and reached for another slide. “I have to tell you, when he dipped into that brogue of his, I almost orgasmed.”

Lynne’s eyelids fluttered open. “We’ve forgotten that living and surviving are two different things. They require different skills.” She shut her eyes again and curled onto her side. Her voice, slight and whispery, continued. “Your Scot, dark as he may be, is a survivor. Don’t let go of him.” She fell into sleep.