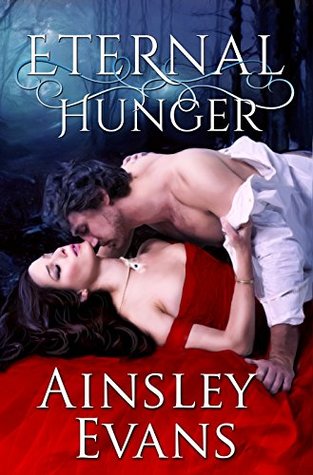 It’s the night of the Masked Ball, one of the most elegant events among London society and a chance for Emily Adams to pretend she’s someone else. Someone who isn’t penniless and hailing from a scandalized family. Someone who hasn’t been told by doctors she has less than a year to live. Behind the mask, Emily can put painful recollections aside and focus on her mission: to find a man to give her a first kiss.

Malcolm MacRoyce is on a different kind of hunt, one he knows all too well. A ball among English aristocracy is the last place the immortal Highlander would expect to find himself, but tonight he’s in pursuit of one of his kind who’s been terrorizing London—leaving a trail of bloody murders in his wake. Since Malcolm was cursed centuries ago, he has lived by a strict code and has sworn vengeance on those responsible for his transformation, a vengeance that has gone unsatisfied ---until he meets what he has waited centuries for: the reincarnation of the woman he’d once loved…the same woman who damned him.

After a chance meeting in a shadowy garden, Emily can’t deny the attraction between her and the mysterious Scotsman. But can she trust this stranger who looks at her as if he knows her very soul? Or shake the sense that Fate is playing a game with them both.

Some desires last a lifetime—this one is eternal.


It’s always fun to find a book that you had never heard of before and end up loving it. That was me with this book. At times, I literally couldn’t stop reading it. Another plus for me? It’s both a standalone and a historical paranormal romance. I received a copy of this book from the author in exchange for a fair and honest review.

London, 1860. Emily Adams is attending a ball and praying that she will at long last have her first kiss. She’s twenty one, sick, and doesn’t expect to live, but another few months. So she’s looking for the one man that she wants her kiss from. Malcolm MacRoyce is also attending the ball with intentions of finding the vampire that is killing off members of the aristocracy. Normally vampires only feed from humans, not kill, and Malcolm knows this as he too is a vampire and has been one for over five hundred years. When he sees Emily from across the room, he thinks he is having delusions. She is the spitting image of his dead wife from five hundred years ago.

The story ended up being both a mystery surrounding the deaths and a really good romance. I thoroughly enjoyed this story taking place in historical England. At one point, the story also moves to Florence in Italy, and on to Scotland. Emily was the perfect feisty heroine-well as feisty as it gets when one is a lower member of the aristocracy, and not allowed to do much. But because she is so ill, she takes chances that she would never have before. She’s tiny, and not exactly beautiful, except to Malcolm. On Malcolm’s part, he thinks she is the reincarnation of his wife, that is, when he’s not thinking she actually is his wife. He’s handsome, and strong minded, but carries his vampirism around like an albatross. He hates what he has become and doesn’t really understand it. The back story of how he came to be this way was one of the most creative parts of the story. The author has actually found a new spin for how vampires came to be.

The book has its steamy moments; let’s just say that her wanting her first kiss is just the tip of the iceberg of what she ended up with(not erotica). And for a well brought up young woman of this era, it was very unusual. To Emily, it’s everything she never thought she would have due to her grave illness.

I loved the characters, romance, mystery, the thriller moments, and even the villains are very well depicted and complex. This author absolutely can write a good story and do it admirably. I will be up for reading anything else she publishes. I highly recommend this to adult paranormal romance fans-even historical romance readers might like this one as well. A real page-turner of a read!