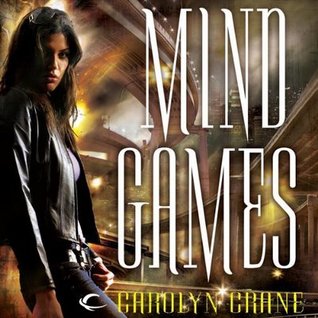 Justine Jones has a secret. A hardcore hypochondriac, she’s convinced a blood vessel is about to burst in her brain. Then, out of the blue, a startlingly handsome man named Packard peers into Justine’s soul and invites her to join his private crime-fighting team. It’s a once-in-a-lifetime deal. With a little of Packard’s hands-on training, Justine can weaponize her neurosis, turning it outward on Midcity’s worst criminals, and finally get the freedom from fear she’s always craved. End of problem.

Or is it? In Midcity, a dashing police chief is fighting a unique breed of outlaw with more than human powers. And while Justine’s first missions, including one against a nymphomaniac husband-killer, are thrilling successes, there is more to Packard than meets the eye. Soon, while battling her attraction to two very different men, Justine is plunging deeper into a world of wizardry, eroticism, and cosmic secrets. With Packard’s help, Justine has freed herself from her madness—only to discover a reality more frightening than anyone’s worst fears.

I’ve been a fan of Carolyn Crane since I read the second book in her The Associates series (I still can’t believe that I started with book two, I never do that, but I had heard such amazing things). I’m so glad that I picked up that series. It was a very fun romantic suspense. I don’t know what took me so long to start this series. I mean it is UF by an author I already know that I love. I finally broke down and started this series and I will continue to berate myself over waiting so long to start this series.

So this book starts off with Justine. She is quite the hypochondriac. Her mother died of a rare condition called vein star syndrome (a type of brain aneurysm). Justine is very sure that she has it too, but doctors can’t find anything wrong with her. She makes many frequent trips to the ER. It really affects her life and even more, her relationships with friends and her boyfriend, Cubby.

Justine meets a guy named Sterling Packard. He offers her a way to take the fear away. She channels that fear into him and he’s able to shrug it off. Packard is a Highcap. Highcaps have special powers, like telekinesis. They can be very dangerous. Packard is using his power for good, kind of. He has his band of misfits, like Justine, and unleashes them on the world. These people who have obsessions, like Justine’s hypochondria, and get them to push their fears or neuroses into specific people. The people they target are people who maybe got off not guilty in court on a technicality. The victim or victim’s family will higher Packard to ruin the person. Those people get so down on themselves, they almost “reboot” their life. I will say that one of the targets was a really creepy woman who did some horrible things to her husband. I can see why someone wanted to see her destroyed.

This story was so unique, was enthralled with it. I loved how well the hypochondria was written (I’ve never known anyone who was a hypochondriac, but I could imagine that this is exactly what it is like to be around one). I really loved the characters that work for Packard, or at least most of them. Even the ones I don’t like, they were great characters and I can see their usefulness. Police Chief Sanchez was another really interesting character. Justine hero worships him more than I think is warranted, even before I knew everything about him. She thought he was like a Superman type character and I just looked at him as good cop, though more comes out throughout the story. Cubby is a character that I hated from the very beginning and the longer I was around him, the more I wanted him out of the picture.

I don’t want to give too much away. There is a large air of mystery to this story. I figured some of it out before it was revealed, but I was engrossed in the story the entire time. I’m very excited to see where this story goes in the next two books. If you like a group of anti-heroes that are very likeable, then you give this series a try.

“To us, your fear is a power…Imagine if you could channel all that fear out of yourself. Free yourself of it completely…You would simply channel your fear into victimizers. You’d weaponize it.”

Narration
Rebecca Wisocky is a new-to-me narrator. I really didn’t know what to expect from her going into this book. I didn’t even listen to a sample, just jumped right in (crazy, I know). I thought she did a really good job for the most part. I liked her for the most part. She did male and female characters just fine. I liked the pace and tone. She did a great job with Justine when she would go off on a tangent and start talking faster and faster as she started to have a panic attack. The one thing that really got me was with a character named Helmut, I thought she was saying Helmet. I thought it was a nickname or something. It wasn’t until the two were on a mission and she called him “Uncle Helmut” that I looked up the spelling. In her defense, it would be hard to say it and make it more clear. It is just a name I’m really not used to.