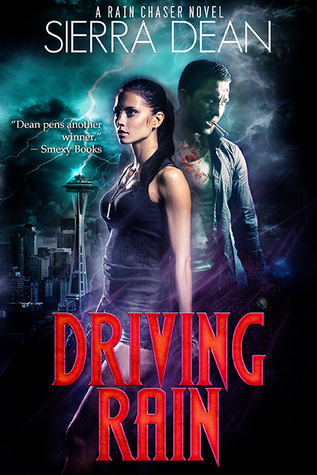 Cheating death twice in a week should at least merit a vacation.

Too bad for Tallulah Corentine the rainy season is in full swing and her boss, the storm god Seth, has no intention of letting her rest.

When a little girl bearing the mark of Seth is found dead at a Seattle marina, Tallulah worries it might be the work of her childhood flame Prescott, the right hand man to death herself. However things take on a much more sinister aspect when she learns other would-be clerics have gone missing en route to temples across the country.

As priests and clerics from all over North America make their way to the annual Convention of the Gods in Las Vegas, Tallulah begins to worry that someone might be planning to use the children and clerics to make one hell of a scary statement to a world audience.

With the help of a charming demi-god, a teenage tag-along, and the man she knows will bring her nothing but bad luck, Tallulah must uncover the truth and stop an unthinkable plot before she and everyone she cares about ends up dead.


Book 1 in the RAIN CHASER series left me with a Dean Winchester taste in my mouth, and my suspicions were confirmed upon reading DRIVING RAIN’s dedication. Tallulah Corentine was intended to be the female equivalent of my favourite SUPERNATURAL brother! Combine that with some lightning and Sierra Dean’s flair with words, and I was a sitting duck.

This novel revolved around the Convention of the Gods, and a string of murders targeting Temple initiates. So, there was a nice mix of fun—who doesn’t love a good con—and subterfuge. The meet-up in Vegas brought with it a hodgepodge of deity insight, Seth’s cleric puts on one sweet ass light show, and Sawyer punches a hole or two in Lula’s tough girl shell.

The story didn’t manage to really hold my interest until Imelda joined the party. The spark between Tallulah and Cade that I was hoping would remain unrequited for several more installments ignited. However, the normal rules don’t apply whenever you’re dealing with Gods, and as such Chronos allowed readers to have their cake… twice.

I like Leo and Prescott more than the bad luck priest, although all three men have the tortured hero shtick down to a science, so it’s still anyone’s game. Dean draws first blood by familiarizing us with an important ironically named character in Corentine’s life, and then jabs the wound a bit while the Styx thing still hangs over our heads.