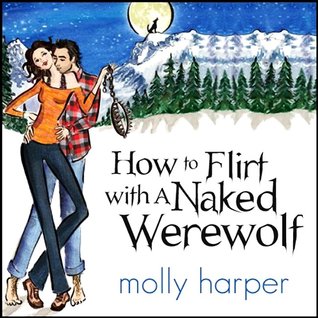 Even in Grundy, Alaska, it’s unusual to find a naked guy with a bear trap clamped to his ankle on your porch. But when said guy turns into a wolf, recent southern transplant Mo Wenstein has no difficulty identifying the problem. Her surly neighbor Cooper Graham—who has been openly critical of Mo’s ability to adapt to life in Alaska—has trouble of his own. Werewolf trouble.

For Cooper, an Alpha in self-imposed exile from his dysfunctional pack, it’s love at first sniff when it comes to Mo. But Cooper has an even more pressing concern on his mind. Several people around Grundy have been the victims of wolf attacks, and since Cooper has no memory of what he gets up to while in werewolf form, he’s worried that he might be the violent canine in question.

If a wolf cries wolf, it makes sense to listen, yet Mo is convinced that Cooper is not the culprit. Except if he’s not responsible, then who is? And when a werewolf falls head over haunches in love with you, what are you supposed to do anyway? The rules of dating just got a whole lot more complicated. . . .

This is the first book in the Naked Werewolf series. The heroine, Mo, has decided to move as far away from her hippy parents as she can, which put her in Grundy, Alaska. As with many really small town, many outsiders didn’t take an instant liking to her. This is especially the case with Cooper, who was a outdoor, hiking and sometimes hunting guide. He believed she wouldn’t make it through her first winter. Boy, was he wrong.

“If God didn’t want us to eat the animals, He wouldn’t have made them so tasty.”

“There’s an inverse relationship between my temper and my ability to control my accent. If you hear me say ‘Fiddledeedee’, run for the hills, because I’m getting ready to take out bystanders.”

“Instead of celebrating with a cake (too full of poisonous refined sugars) and presents (too materialistic), my mother would come into my room at exactly 3:57 A.M. to tell me the story of my miraculous emergence into this world, as if it was some fairy tale. Although I supposed few fairy tales involved the words ‘vaginal flowering’.” 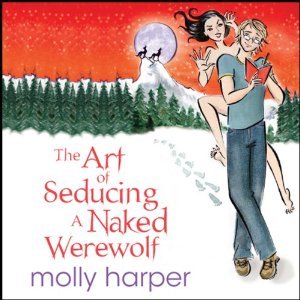 Generations of werewolves have been secretly residing in a secluded valley a stone’s throw from Grundy, Alaska. So when a snooping Outsider comes to Grundy to investigate rumors of lycanthropic shenanigans in the area, the valley’s pack alpha, Maggie Graham, resolves to chase him away, even if doing so takes a quick bite on the butt. What a pity that researcher Nick Thatcher turns out to be so drool-worthy, and that his kisses make Maggie want to sit up and beg. Maggie just can’t seem to convince Nick to leave . . . and even worse, she can’t convince herself to stay away from him. Cross-species dating is problem enough for a harried alpha female, but on top of that, a rival group of werewolves is trying to move into the valley. With interpack war threatening, Maggie can’t afford to be distracted. Combining romance and a career can be tough for anyone; for a werewolf in love with a human, it may be disastrous. . . .

In this second book, we go outside the town of Grundy and to Cooper’s original werewolf pack and his sister, Maggie. Nick is in town to do some research. You can imagine how well that goes with the secretive werewolves. He is a nerd in every aspect. He is a trekky and he has written the guides for a gaming series that has made him very financially stable. These two coming together was a lot of fun.

“She had a knack for relieving the tension in a room by pretending my rudeness away with cooking. Many, many chickens had given up their lives to cover my conversationalist shortcomings.”

“Look, Mags, I’m not any happier about him being here than you are. But I think we should take a more subtle approach than your usual ‘bite first, bite again, keep biting until they’re too busy bleeding to death to explain themselves’ method.”
“It if ain’t broke, don’t fix it,” I shot back. 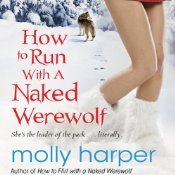 Down, Boy
Anna Moder has just witnessed a shooting, seen her car pulverized, and rescued a wounded stranger only to discover he’s really a werewolf. And by her recent standards, things are actually looking up. Lycanthropes don’t faze Anna. Doctoring a wolf pack outside Grundy, Alaska, is the closest thing to home life she’s known in years. But hitching a ride to Anchorage with long-absent pack member Caleb Graham that’s a risk. Part of her itches to whack his nose with a newspaper. The rest is trying unsuccessfully to keep her own paws off every delicious inch of him.

The problem is, Caleb employs his lupine tracking abilities as a notquite-legal bounty hunter, and Anna is suspicious of both him and his profession. On the run from her past, with old problems closing in, she’d like to stay far, far away from anybody with connections to the law. Caleb, however, seems determined to keep her close. Are his intentions noble, or is he working a more predatory angle?

Anna’s been dreaming of returning to a semi-normal life, but now she’s experiencing a strange new urge . . . to join Caleb in running with the wolves.

In the last book in this series (or at least the last one that has been published at this time), the heroine is Anna. She was the doctor for the wolfpack, but she has now left the pack and is out on her own. She’s on the run from her abusive husband that she’s been hiding from for years. Caleb is a werewolf that has gone lone wolf. He works as a bounty hunter and brings in guys either because there is a warrant out for their arrest or because someone in the private sector is paying for them to be brought in, usually because that person owns someone of power money.

I shook off the Norman Bates flashbacks and told myself it was just like any of the other crappy indigent motels I’d stayed at in any number of cities, and I hadn’t been stabbed in the shower yet. There was that one time a crazy lady kicked down my door and accused me of sleeping with her husband, but it turned out she’d meant to break into the room across the hall.

“What are you running from?”
That put a damper on the fluttering lashes. “Columbia House Music Club,” I said, recovering my snarkiness quickly. “Oh, sure, they say they’ll sell you six CDs for a penny, but they’ll hunt you down like the hounds of hell if you miss the payments.”

This is a really fun series and revisit for me. There is an individual storyline for each book, so you can read them in whatever order you want. However, new characters are introduced in each book, so you won’t know the nuances with each of them, but you will still get the story. This is a great series for people who love werewolves and especially humor. If you’ve read the Jane Jameson series or the Half Moon Hollow series by Molly Harper, this takes place in the same world and there are a few little Easter eggs for those readers. If you haven’t read those series, you will not be lost with this one. This was my first series with Molly Harper.

As you can see from the quotes that I picked from each book, the dialogue is the best part of this series (and all of Molly Harper’s books, in my opinion). She is a go-to author for me when I need a pick-me-up. She is always able to make me laugh.

Narration
Anything by Molly Harper is a must listen for me. I love Amanda Ronconi’s narration of Harper’s work. She really brings out the snark of all the characters. I love her use of different types of Southern voices and the Alaskan voices.