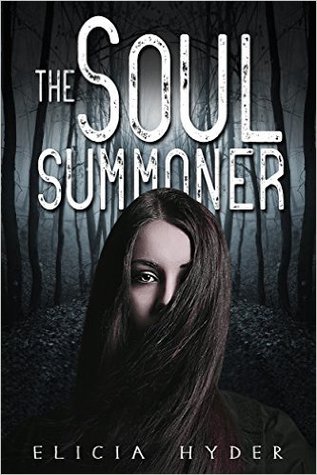 Blessed–or cursed–with a connection to the souls of others, Sloan Jordan can see the best in people… and the worst. For twenty-seven years, she's kept her ability a secret, but eleven young women have been murdered in the mountains of North Carolina, and Sloan may be the only hope of finding their killer. She has just agreed to help Detective Nathan McNamara with the case, when a stranger—who is as alluring as he is terrifying—shows up at her doorstep with a dark past and another puzzling mystery: she can't see his soul at all. Now Sloan is on the hunt for a deadly psychopath with two irresistible men. One of them would die for her, and the other would kill to keep her safe.

You know those books that you immediately like the “voice” of the main character? The kind that draws you in with the character’s personality and the premise of what that character is going through? That was this book for me. It was also in my to be read pile way too long and I am not happy that I let it lay there for ten months or so.

Sloan is a seemingly normal hometown girl, living and working in the small city she grew up in. She’s in public relations for the city and as such, she works with various members of law enforcement, at times. But she also has a pretty big secret, one that she has only shared with her best friend, Adrianne. Sloan can tell just by looking at a person if they are good or bad. She can also look at a picture of someone and know if they are are still alive. And to top it off, she can picture someone in her mind and they will show up wherever she is-as long as it’s someone she knows.She was adopted as a baby and consequently has no one to tell her what she is. She meets the new police detective in town, Nathan. His sister disappeared years before and he is still trying to find out what happened to her. When he realizes(by accident) what Sloan can do, he enlists her help in finding his sister, and the other eleven women that have disappeared over the years. In the middle of all this, she meets another man, the one person she can’t read at all.

I have always been a fan of serial killer books, so when that aspect was brought into the story it just upped my interest in this read, along with the paranormal gifts that Sloan has. Sloan is full of snark, is pretty feisty, and that’s probably my favorite type of female character. Nathan is handsome, intelligent, and very tenacious in doing his job-and looking for his sister. He’s also got a girlfriend. There’s plenty of humor whenever his girlfriend is in the picture because she’s Sloan’s arch enemy and Sloan’s snark comes out every time. The girlfriend does come off as the cliche blonde mean girl.The mystery man ended up being a major part of the book and is actually one of my favorite characters. Due to spoilers, that’s all I am saying.

In addition to the humor, this book also has it’s share of suspense and detective work. The gifts that Sloan has figure prominently in the book and made for an interesting story line, to say the least. I would be remiss if I didn’t mention that there ends up being a sort of love triangle. But it’s definitely not as bad as some, and although it was kinda different in how the author chose to resolve it, it didn’t really bother me. In fact, there was only one thing that bothered me. I got tired of Sloan hitting, kicking, and elbowing people during the course of everyday conversation. Nothing painful, and all done in fun, but still it just kept happening, and I noticed it.

I couldn’t put this book down. Literally. The characters, the premise, and the unusual gifts all wove together to make for an excellent read. I highly recommend this to adult paranormal romance/mystery readers. Adult due to some sensual scenes and violence.