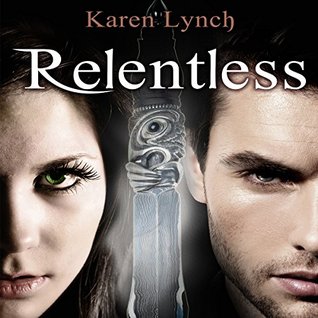 Sara Grey’s world shattered ten years ago when her father was brutally murdered. Now at seventeen, she is still haunted by memories of that day, and driven by the need to understand why it happened. She lives a life full of secrets, and her family and friends have no idea of the supernatural world she is immersed in or of Sara’s very powerful gift.

In her quest for answers about her father’s death, Sara takes risks that expose her and her friends to danger, and puts herself into the sights of a sadistic vampire. On the same fateful night she meets Nikolas, a warrior who turns Sara’s world upside down, and who is determined to protect her even if it’s the last thing she wants.

Sara’s life starts to spin out of control as she is hunted by an obsessed vampire, learns that her friends have secrets of their own, and reels from the truth about her own ancestry. Sara has always been fiercely independent, but in order to survive now she must open herself to others, to reveal her deepest secrets. And she must learn to trust the one person capable of breaking down the walls around her.

** This book has language that may be offensive to some readers.


This is another of those series that for whatever reason never hit my radar until it had been out quite awhile. This book is also one of those that I am kicking myself for not having found until now. I could not put it down. That’s my main criteria for a good book. Well, that and if I immediately buy the next book, and of course I did! Young adult urban fantasy? I was so in!

Sara Gray lives in a world of the paranormal, all the while pretending to everyone that she doesn’t. Her close friend is a troll named, Remy, who befriended her when they both were children. She is able to heal injuries and the only one who knows this is Remy. She was orphaned when her father was killed by a vampire and now lives with her disabled uncle. Her other closest friends are brothers, Roland and Peter, and they have a secret too. A big secret. She also has a raven that visits her named, Harper-just one of those whose life she saved with healing. In her spare time she haunts the underground message boards online to find out all she can about vampires. And when she goes out with her friends and meets a vampire, she becomes his obsession-and not in a romantic way. She meets vampire hunter, Nicholas, after this encounter. And after meeting him, he won’t leave her alone. Because he knows what she is, even though she has no idea.

What followed was quite the adventure, because Sara seems to attract trouble at every turn. And that’s because Sara is determined to find the vampire that killed her father. Along the way, there’s plenty of action, and life and death moments. Not to mention Nicholas never leaving her alone. I really enjoyed Sara as a character, she’s spunky and snarky, but she is kind as well. I did have a problem with the amount of times she would slip away from Nicholas to do her own thing. Of course it causes lots of major problems and puts her friends as well as herself at risk. If she had only done it one or two times, I wouldn’t have a problem, but she just kept doing it. It got a bit old, even if it did further the story along. I know lots of people might pick this book apart due to this, but I forgave it because I enjoyed so much else about the story.

I listened instead of read and really enjoyed the narration by Caitlin Greer. I actually think that she is what made this a non-stop listen for me, and I added half a star due to how much I enjoyed that listen. Well, that and all the supernatural aspects and action. I enjoy listening to books now and when I got the book for free, I added narration for $1.99 and thought it was worth every penny. Can’t beat that price for such a well written and narrated story. I actually did the same thing when I bought the second book, Refuge.

I thought this was a good first effort in this series and actually highly recommend it. Seventeen year old girl meets her destiny in a supernatural world that human’s know nothing about? Yes, please. Great characters of all types just rounded it all out for me. It was well worth the listen!

FYI-For older teens and adults due to some extreme language