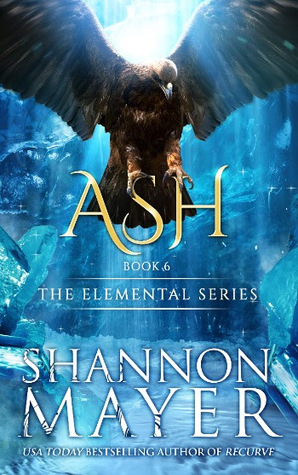 My name is Ash, and I am an Elemental.

As an Ender, it is my place to protect the royal family at all costs. Despite being the best Ender our world has ever beheld, I have failed time and again as the personal sacrifices continue to mount.

Lark has been banished to the desert by her father who is blind to the manipulation he has again fallen prey to. To bring about justice, I must seek out and destroy the one who intentionally wields her powers to bring pain to my people.

Cassava’s death will finally free us from the dark cloud her reign of terror has surrounded us in. This is what I believe to be true and I will seek her out with only one intended outcome.

The reality, however, is much more complicated than my beliefs.

When lies turn to truths, and enemies to allies, can I still find my way back to who I once was? Uncertainty makes me hesitant, but I can not give up.

For justice. For Lark.

No matter the sacrifice.

ASH is a backstory / fill-in-the-blanks installment, so even though it’s book 6, timeline-wise the events take place in-between WINDBURN and ROOTBOUND, but you kinda need to read the latter first in order to understand this volume’s plot. I enjoyed what Shannon Mayer put down however, admittedly the ELEMENTAL series is starting to get a tad bit complicated because the titles *should* be experienced chronologically, and yet maybe not.

This is Ash’s version of what came after Lark’s banishment. It’s a POV that definitely needed to be told because the golden eagle on the cover made multiple appearances in #5, and some clarification was required to explain how this came about. That being said, all of the other novels were from the heroine’s perspective, so even though ASH is full length, it should have been classified as #4.5 instead of #6 to avoid confusion IMO.

Timing issues aside, this was a great book! It built on the relationship between the protagonist and Peta, called Talan’s character even further into question (Is he good? Bad? I DON’T KNOW!!), and brought in a new secondary in the form of Norm, the yeti. The author has rotated through a smorgasbord of supernaturals in her diverse Urban Fantasy series’, but this guy was fresh, fun, and I absolutely loved his obsession with pranks!

Cassava is still going strong as the lead badass of the ELEMENTAL world, and Raven is hot on her tail. Talan’s tangled allegiances make these three a venerable trifecta of shit disturbers that leave me incessantly speculating as to who is really behind it all. And then of course, Mayer concludes the head trip with a hook that could flip the whole thing on its butt, and possibly impacts the pre-spin-off story line too…

ASH will chew you up, spit you out, and leaving you salivating for SPIRIT SOWN!