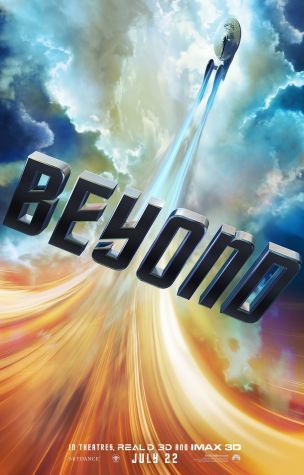 It's been 3 years since the events of "Into Darkness" and 3 years that the Enterprise has been on its' 5 year mission. After docking at a Starfleet base called "Yorktown", the Enterprise ventures into a dangerous new uncharted territory, where a ruthless new enemy with a deep hatred of the Federation destroys the Enterprise and strands Kirk and his crew on a remote planet. Can Kirk reunite his crew and stop this dangerous new threat?

The USS Enterprise crew explores the furthest reaches of uncharted space, where they encounter a new ruthless enemy who puts them and everything the Federation stands for to the test.

If you’re in a hurry, I’m going to make it simple:

If you’d rather me tell you what you’d find, Exhibit A:

Stargate Atlantis is a spinoff of the Syfy series Stargate: SG-1. In it, the intrepid members of the Stargate Atlantis team walk through a HEP BIG super Stargate that leads to the legendary city of Atlantis, abandoned by a race a ancient beings that the new head scientist is obsessed with.

You: Why would these highly advanced beings abandon a great and legendary city like Atlantis?

Me: ominously . . . B/c they were fleeing a terrible enemy.

You: *gasp* What kind of enemy could scare away ancient Atlantians?

Me: The life-sucking kind.

You: Life-sucking aliens? You mean like how Krall was sucking the life out of the crews he’d captured?

Behold. The ancient Atlantian missile, otherwise known as a DRONE, not to be confused with Krall’s less glowy “bees” that are also fired and directed via some kind of wacky mental uplink. Is it a cut and paste job?

Was that the only problem?

I will take responsibility for assuming that Star Trek BEYOND meant the crew of the USS Enterprise would be all alone, exploring the outer reaches of space, answerable to only themselves.

Even if it was a logical leap to make—I’m not exactly impartial, so I recognize that I may have jumped to conclusions—PLOT TWISTS are the bread and butter of the entertainment industry.

The problem with this particular twist is that it’s BORING.

What’s the point of going BEYOND if you’re going to have virtually the exact same support system as you would if you were stationed out of a large Federation planet?

Is it fair to compare STAR TREK INTO DARKNESS and STAR TREK BEYOND?

For the sake of argument, let’s say, YES.

In STAR TREK INTO DARKNESS, we have the crew trying to unobtrusively stop an apocalypse-triggering event from destroying a planet and the primitive culture that lives there.

There’s vibrant color, a fantastically alien landscape, lives hanging in the balance, it-just-started-and-I’m-already-on-the-edge-of-my-seat action . . . You could’ve snapped your fingers in front of my face, repeatedly, and I wouldn’t have noticed.

The opening scene of STAR TREK BEYOND was . . . tired. Maybe even a little bit maudlin.

He appears to be mediating some kind of arrangement or grievance between an irrational race of knee-high Tribbles with teeth and . . .? Who could say? Even if that information was part of the dialogue, it didn’t make a dent.

I was decidedly underwhelmed.

J.J. Abrams is a rock star as far as I’m concerned; I’ve loved the guy since ALIAS. The first two movies in the latest STAR TREK franchise were amazing, and he directed the first good new STAR WARS movie since the original three.

Honestly, I have no idea why he didn’t direct STAR TREK BEYOND, too. Maybe it was his call, maybe he had to chose between STAR TREK and STAR WARS and STAR WARS won. I don’t know.

What I do know is that there is distinct change in the tone of STAR TREK BEYOND from the prior two, more so than can reasonably be attributed to director’s prerogative.

STAR TREK BEYOND is meant to be . . . introspective, I think. Both Kirk and Spock are at a crossroads. Kirk has a birthday, which he doesn’t like celebrating, b/c it’s also his dad’s deathday—like I said, MAUDLIN—and he’s recounting how his dad went to Starfleet Academy b/c he “believed” in it, whereas Jim did it on a dare, b/c he’s not half the man his father was, blah blah, who gave his life to save him, something something, quarter-life crisis, blah something blah.

And Spock and Uhura are on the outs again, this time b/c Spock told her that with the destruction of his home world, he feels it’s his duty to find a female Vulcan and help repopulate the galaxy with lots of tiny Vulcans.

I’m not trying to say that heavy subject matter isn’t handled in the Abrams directed movies—there was. But it was all interconnected in such a way that you couldn’t separate the parts from the whole. I believe SEAMLESS, is the term.

STAR TREK BEYOND is not seamless. It’s awkward and conspicuous, and I don’t know, but maybe, just maybe, that whole mess might have something to do with picking the guy who directed THE FAST AND THE FURIOUS to oversee the transition. Me: B/c I don’t know his name. And anyway, what more do you really need to know about him?

I know! Let’s be really authentic and film in the dark! Get It? B/c a crashed ship wouldn’t have power!

ALSO, the accents were so thick and the background noise was so loud that on two separate occasions I had no idea what Scotty and Krall were saying for the entirety of the scenes in question.

The main crew of the Enterprise abandons ship via escape pods, all headed toward the planet underneath the nebula field. Scotty crashes lands first, and immediately throws open his pod, stumbling out into the alien world, with a breathable atmosphere.

They say it’s an M class planet when they arrive (which, YES, means it’s breathable), but acknowledging the serendipity doesn’t make it less serendipitous . . .

Especially, when moments later, he’s confronted by some hostile aliens, but before anything Bad can happen, another alien shows up and saves him from the prickle of porcupines:

And get this, she speaks ENGLISH.

Even crazier is when they’re on York Station (or whatever it’s called), and Bones and Spock have hijacked one of Krall’s hive ships, and no one tries to shoot them down.

They’re indistinguishable from the other enemy ships wrecking havoc all over the place, but who cares? It’s Scotty and Spock . . . obviously.

And that’s where I’m going to stop, b/c if I don’t, I’ll start ranting about the facile juxtaposition of long-lived Earth One Spock and life-sucking Krall—and trust me, nobody wants that.